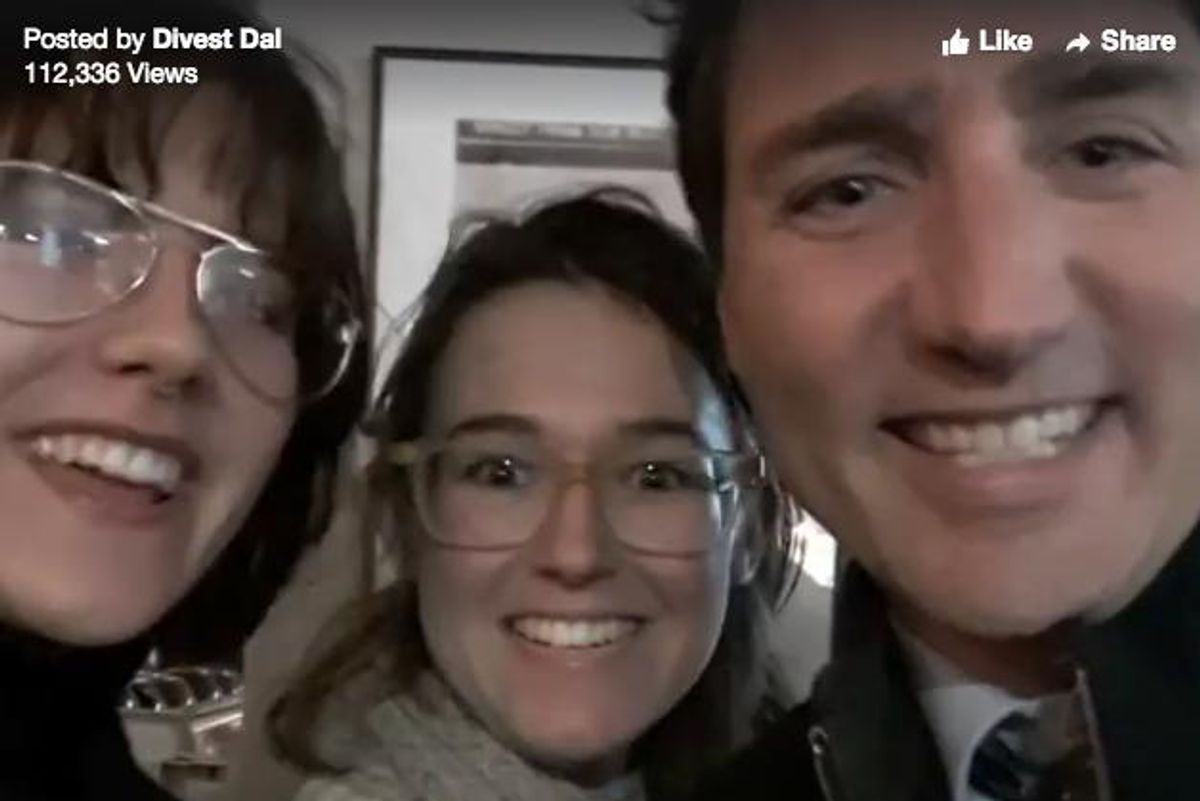 Two Dalhouise University students, Alex Ayton and Kathleen Olds, managed to get Prime Minister Justin Trudeau to discuss the rights of Canada's Indigenous Peoples' population, by asking the popular politician for a selfie. The two are members of the environmental campaign Divest Dal.

Trudeau, who was greeting a crowd in a Halifax coffeeshop, stopped to pose with Ayton and Olds, who asked, "Can we also get a selfie?"

Once in place, Olds asked Trudeau, "Are you planning on implementing UNDRIP?" As BuzzFeed points out, UNDRIP refers to Trudeau's campaign promise to put into action the United Nations Declaration on the Rights of Indigenous Peoples.

After he replied "Yes," they pressed him with "Does that mean requiring consent for natural resource projects?"

Trudeau gave a somewhat vague, diplomatic answer: "Absolutely. We need to engage with a broad range of voices, and as we've seen, the indigenous community has positions on both sides of just about every different project."