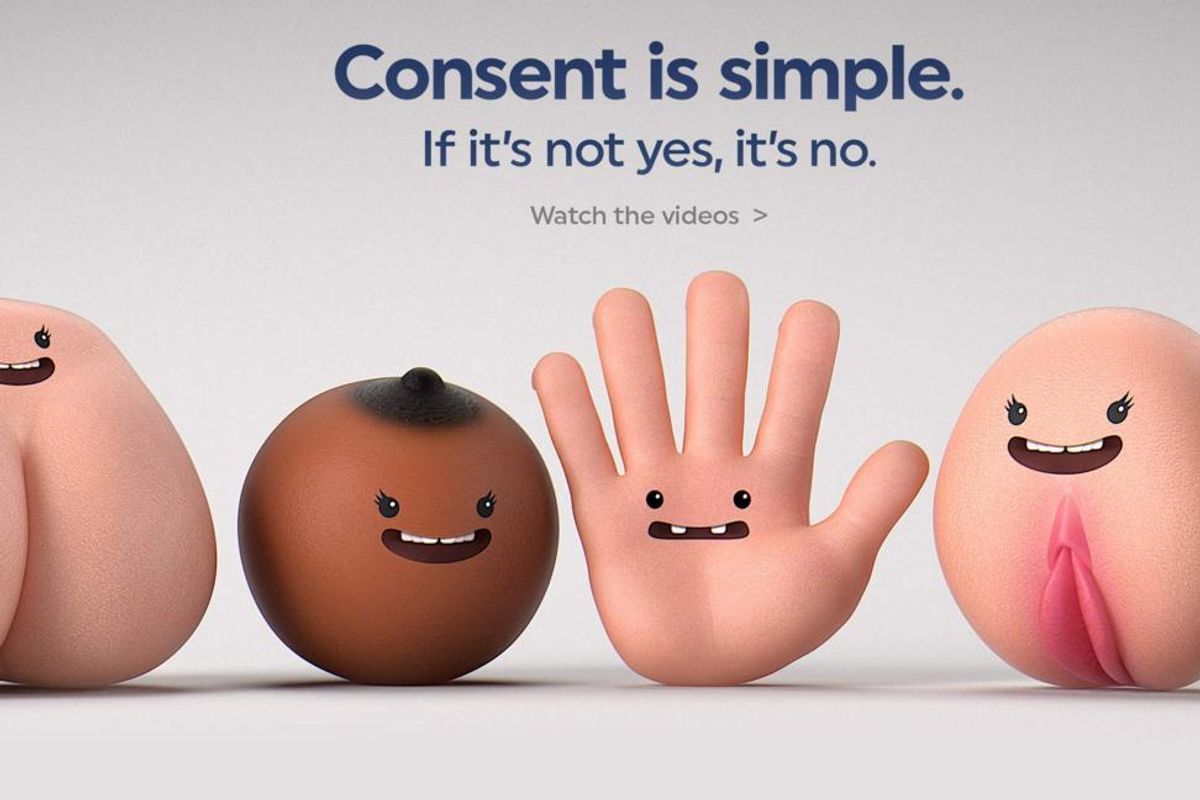 Watch These Dancing Penises And Vaginas Talk About Consent

The concept of consent is a pretty simple one -- summarized by a "no means no", even if the other party seems to be having a good time dancing or hanging out with you. However, there (somehow) continues to be confusion re: the topic, so anti-rape culture group Project Consent has launched a series of strangely adorable animated videos featuring anthropomorphic body parts to spell it out for you, plain and simple.

Summed up by the apt tagline "If it's not yes, it's no", there a three, very straightforward videos, each depicting a scenario in which hands/peens are getting a little too presumptuous with some vaginas, butts and boobs -- a move that Project Consent founder Sara Li told Mic was part of their mission to "talk about consent frankly."

"It was unnecessary to use symbolic replacements in these discussions," she said. "We didn't want to use metaphors or analogies or dance around the subject, because ultimately, that's counterproductive." Which, like, true. Plus, who doesn't love talking penises? Watch all the videos/spread the good word below.