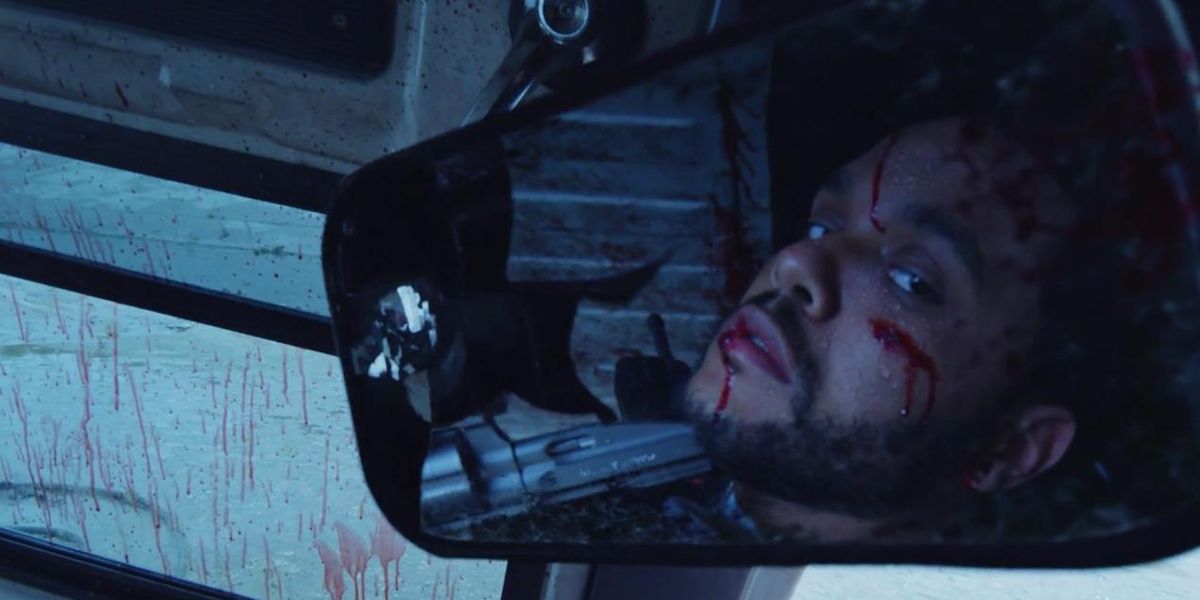 
The Weeknd's been teasing us with promises of epic new music for awhile now, and his videos suggest its worth the wait. His latest, Starboy, is expected in late November, and he's already dropped a trippy, neon-dream video for the Daft Punk-featuring title track. Now he's released another for single "False Alarm," warning fans yesterday that it was going to be "gritty."

The video opens with a warning about graphic violence and it is not kidding around--the short film starts in medias res with an ultra-violent bank robbery complete with headshots and hostage-taking. It goes on into a gunplay-happy car-crashing chase, shot from the POV of one of the robbers (Abel Tesfaye himself, you discover) and giving it a very first-person-shooter video game feel. Watch the mini-epic above--as long as you're not squeamish.