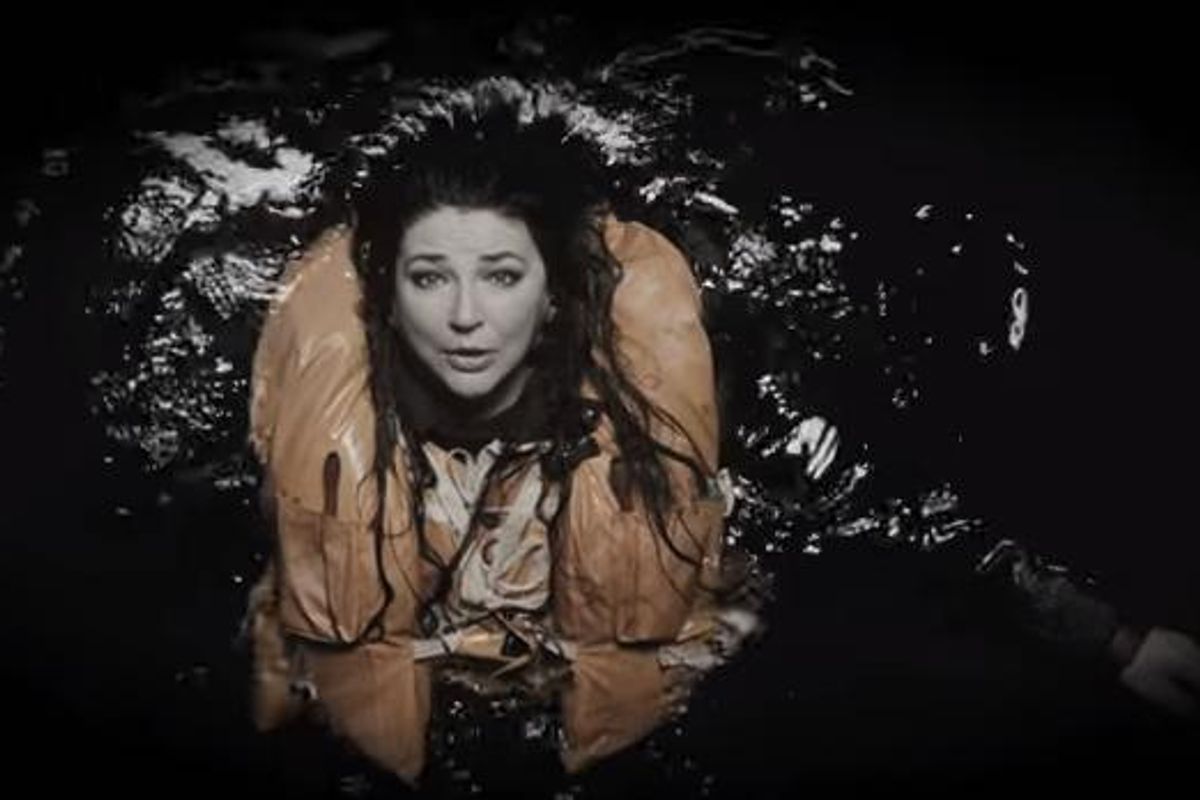 The sea's most acclaimed witch, Kate Bush, has released a stirring new video for her live track "And Dream of Sheep," off her forthcoming 3-part live album Before the Dawn. The video--which was filmed at Pinewood Studio, where Bush recorded the album--has the icon wading in black water, held up by a life jacket, and singing directly into the camera above her.

Here's the video's description, which will make you want to stand up and start applauding at the grey morning light coming in through your office window:

This is a special piece of film to accompany the release of the live single 'And Dream Of Sheep'. The vocal was performed live while filming Kate lying in the huge water tank at Pinewood Studios. This was to create a sense of realism, as the character in the song is lost at sea. However it became more realistic than Kate had imagined. She spent so long in the water during the first day of filming that she contracted mild hypothermia. She recovered after a day off and carried on filming. Everyone agreed it had added to the authenticity of the performance. This film was then projected onto a large oval screen which hung above the stage during the performances of her live show.