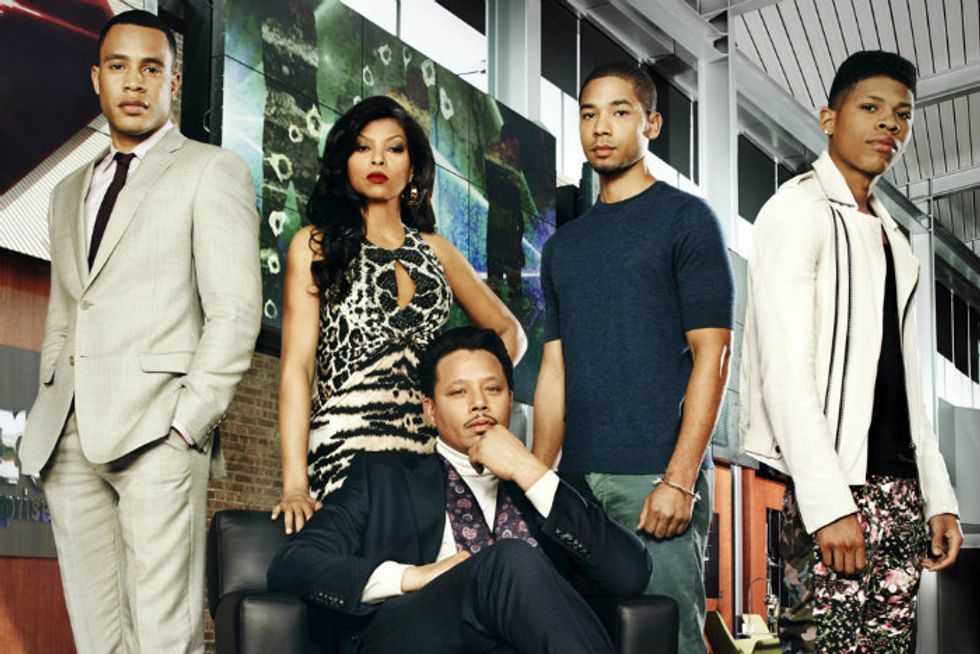 by Eric Thurm
PAPERMAG
(photo via Michael Lavine/FOX)
A new trailer for season two of Empire is here, and it is spectacular. Get hyped for September 23, when the season premieres.

Among the many beautiful details:
As great as the new season looks, there is some reason to be nervous -- at the Television Critics Association press tour, creator Lee Daniels said he wants a spinoff about Cookie, which is maybe the worst idea anyone has had since Hakeem's fake relationship with Tiana. Taraji P. Henson's balls-to-the-wall, full-on soap performance is a minor work of art in its own right, delightfully angry and powerful and pretty much the only thing that grounds the show in even a semblance of expressionist emotional reality. All of the men of the Lyon family are basically satellites in her orbit -- does Daniels really think that, like, Yazz can hold down the fort? (Not that "Drip Drop" isn't great.) Besides, without Cookie dialogue... what would we tweet every week?