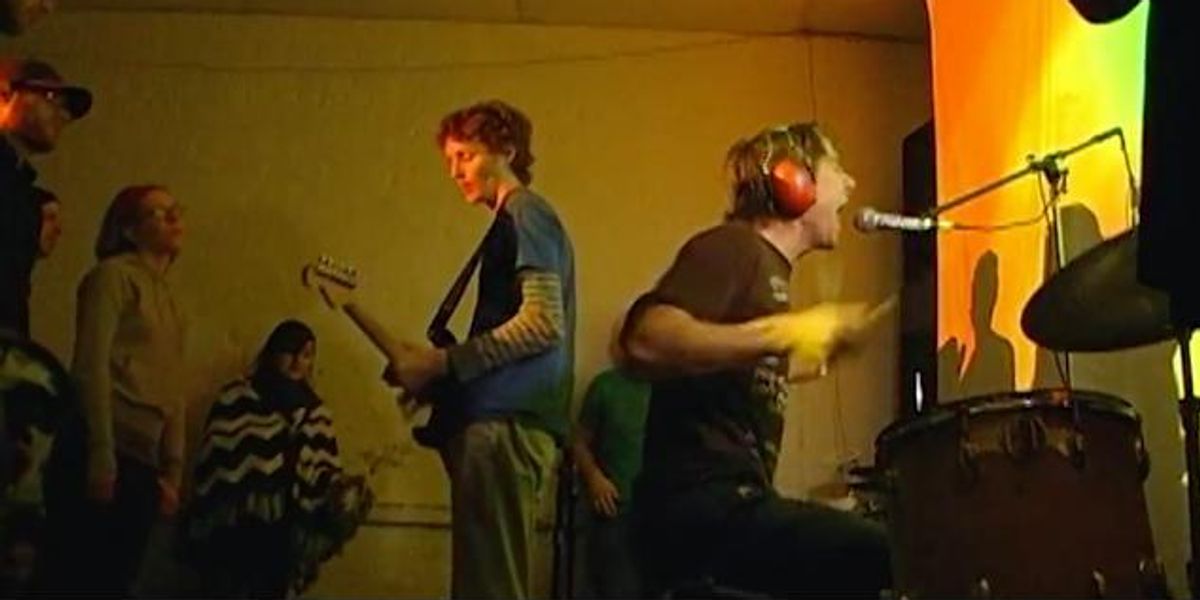 In 2014, performance space Death by Audio was a victim of the relentless transformation of Williamsburg's waterfront and Bedford Ave into Murray Hill BK. The pace of change of the city and the constant pursuit of profit has conspired to crush a lot of the unique character of the neighborhood (a thing, to be fair, the original communities of Williamsburg might say about the hipsters and artists who are being pushed out). Glasslands, 285 Kent, and DBA were shuttered, and the DIY scene pushed out towards Bushwick and Ridgewood.

When Death by Audio opened in 2002 as an effects pedal factory, Williamsburg was coming into its own as a hub for young artists and musicians. Death by Audio would morph into more than just a factory—becoming an art and performance space frequented by new bands, showcasing everything from hardcore to experimental electro to indie rock.

Luckily for us, the founders and owners of Death by Audio knew the end was nigh, and so for their final month of existence they packed the space with killer bands, and filmed every second of it. The results have become the documentary Goodnight Brooklyn—The Story of Death By Audio, directed by DBA co-founder Matthew Conboy. The trailer gives us snippets of a plethora of performances from Future Islands, Dan Deacon, Deerhoof and many others, as well as interviews with musicians and the venues founder.

Watch the trailer for Goodnight Brooklyn, which will premiere at SXSW next month, and pour one out for the waterfront's DIY heyday.