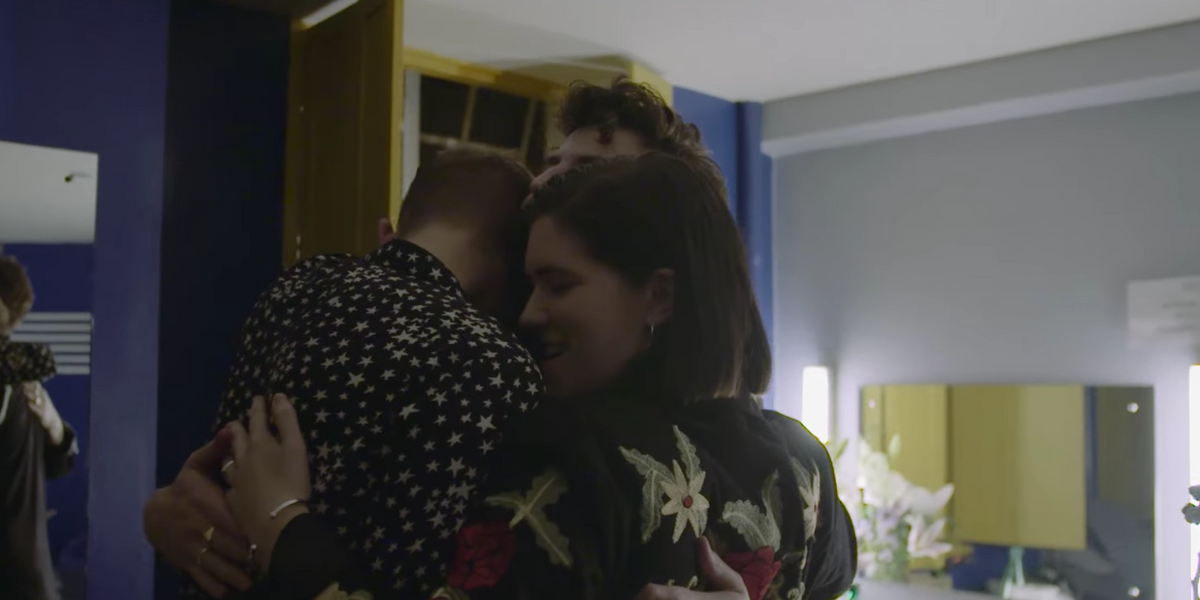 The xx recently wrapped up their eight night stint at the O2 Brixton Academy in London. The concert series, called Night + Day, was very well-received and featured concerts, talks, and afterparties. According to the band's male vocalist and guitarist, Oliver Sim, the Night + Day series was not "a takeover." Rather, it was meant to be "a collaboration and about supporting the community" in South London, which is very near and dear to the band's heart.

Over the course of their weeklong residency in the famous arena, the band brought out other well-known musicians like Florence Welch (who joined the band to perform Jamie xx's remix of "You've Got the Love"), Robyn (who performed her Kleerup collaboration "With Every Heartbeat"), Kelela, Sampha, Cat Power, and more.

Yesterday, the Mercury Prize-winning band released a short film documenting the entire concert series. Featuring footage from some of the shows, interviews with the band and other collaborators, and behind-the-scenes peaks into their pre- and post-show routines, the documentary is a fascinating look inside one of the biggest musical moments of the year.

Make sure to experience some of the magic for yourself below.