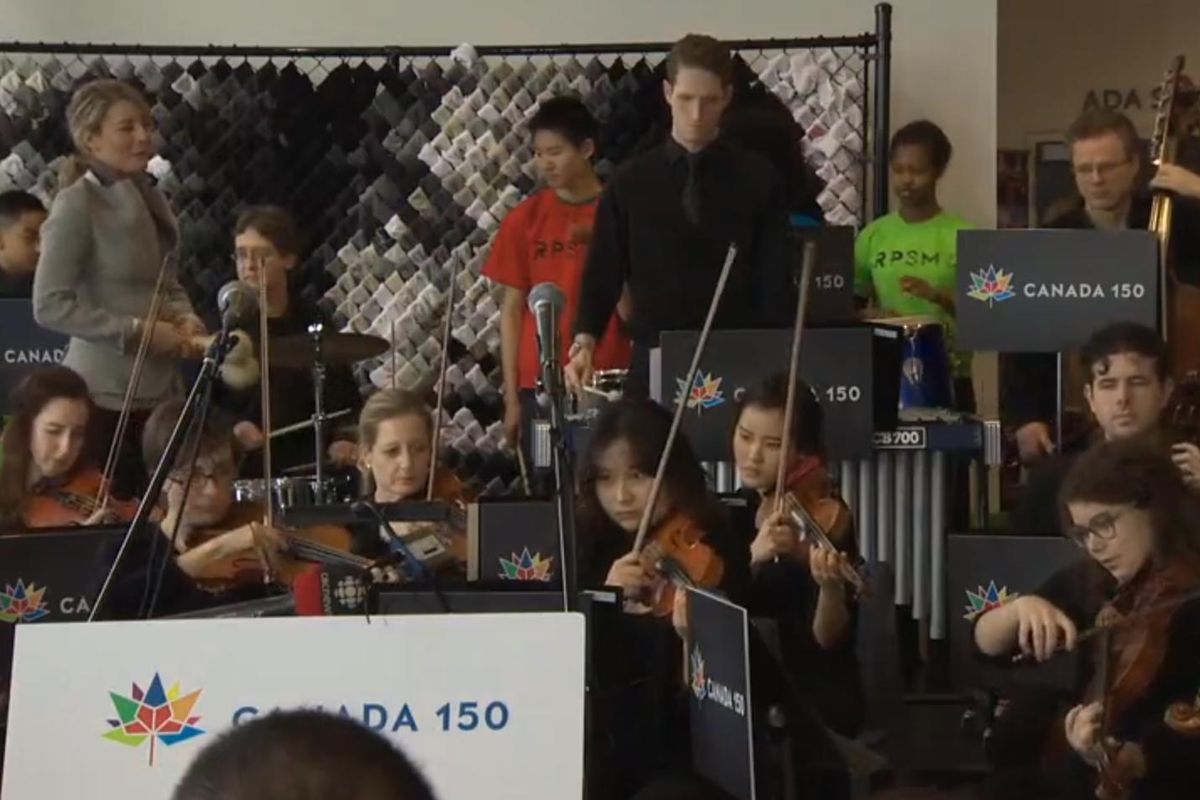 O Canada. If only we had a Heritage Minister as dope as our northern neighbors's Mélanie Joly, who recently joined the Toronto Symphony Orchestra's rendition of Drake's "Know Yourself."

A part of the announcement of a "national music celebration" and $17.5 million in grants to commemorate Canada's 150th anniversary next year, the only thing the crew could've done better was a flip of Justin Bieber's "Sorry" (ha ha ugh). But until that happens, you can watch their pretty good version of Drake's woes below.