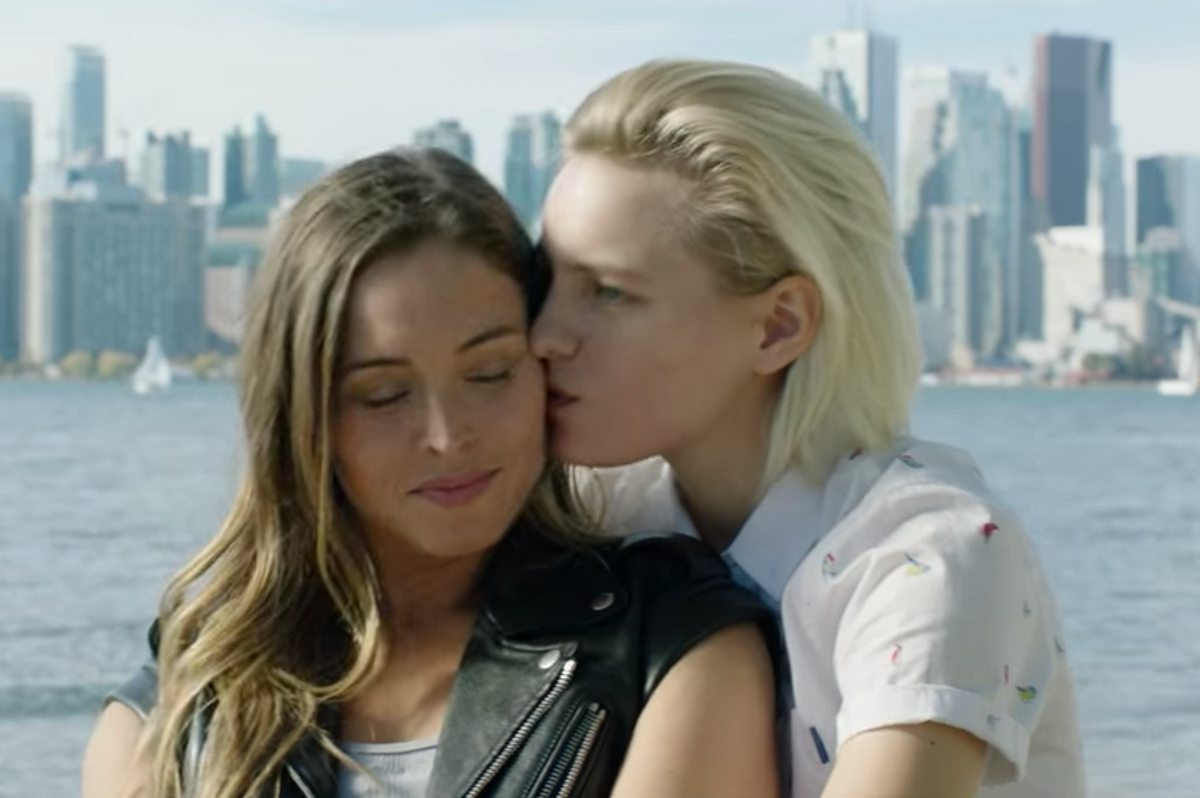 It's nearly impossible to look away from Below Her Mouth's US trailer, which dropped stateside on Wednesday. It's just that hot.

So why the hype? It could have something to do with Mullen's decision to very deliberately tell the story of her lead character from a female perspective (something Blue is the Warmest Color was criticized for failing to accomplish). "When I was shot-listing, blocking and sort of choreographing and production-designing everything to do with the film, I had to constantly forget about everything I had watched — advertising, TV or film — that were primarily made with male audiences in mind. I had to forget about all those images I had been exposed to my whole life when it comes to sex and intimacy and love and just look inwardly and be really attuned to what affects me as a woman and what really turns me on and what draws me close to want to be intimate with someone," she told Cult Montreal.

The prevalence of sexism in Hollywood is a heated debate, to say the least. And with defiant words from countless celebrities alongside headlines of celebrity sexual assault scandals—looking at you, Jane Fonda and Casey Affleck—it's not hard to see why. Below Her Mouth's thoughtful and careful crafting of a lesbian love story told from a sincerely feminist perspective and produced by a creative team run by women is what gives this film such a promising dynamic.

The film premieres in theaters across the US on April 28.