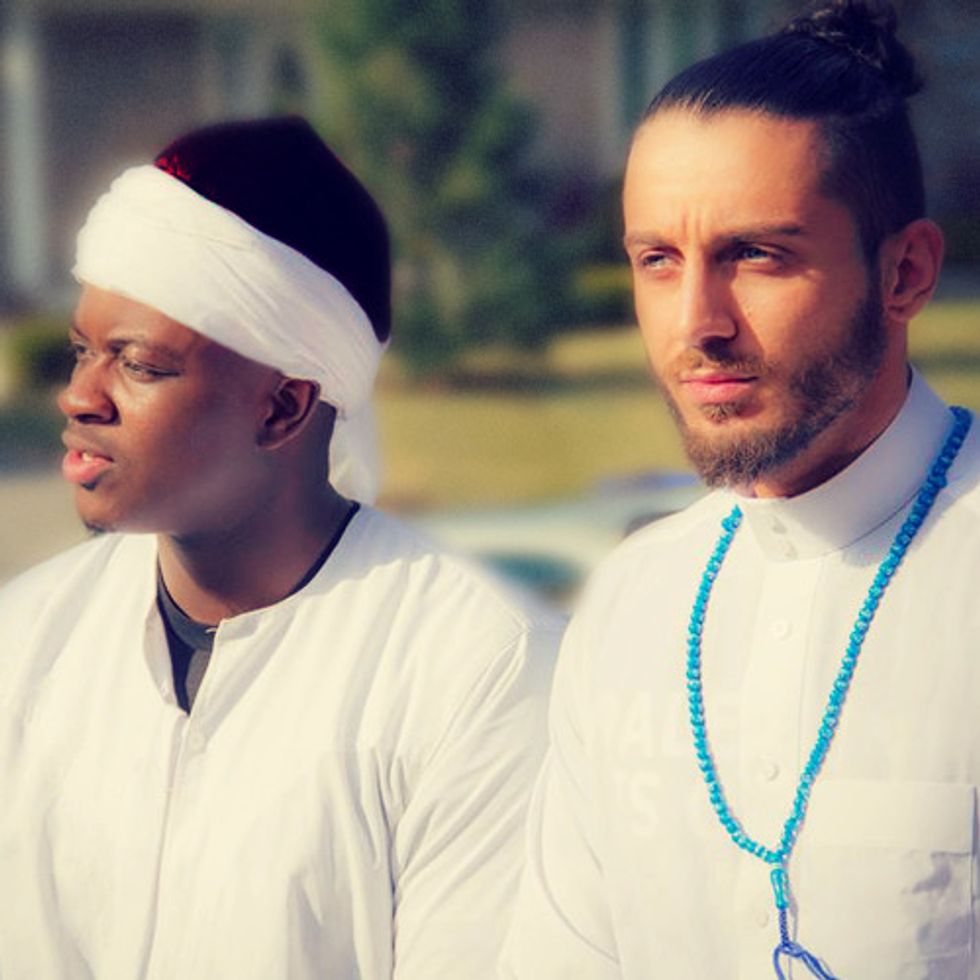 By Sandra Song
PAPERMAG
Jae Deen and Karter Zaher aren't your average Canadian rap duo -- because instead of woes and haters, they're tackling Islamophobia with a hefty dose of pop culture parody -- and their recent video for "Muslim Queen" is a prime example.
The duo's "Halal Remix" takes Fetty Wap's smash hit "Trap Queen" and tailors it to the Muslim experience, with this song specifically addressing how Muslim women should be valued and how they're queens. Surprisingly well-written and delivered with impeccable flow, it's an oldie (in Internet years), but a goodie nonetheless. Especially since it's a video meant to normalize the presence of young Muslims in mainstream media, something that's essential to combatting Islamophobia. As Jae Deen said, "Muslims are not all radical and sometimes using humor to say that is effective."
Watch the video below.
[h/t Fader]