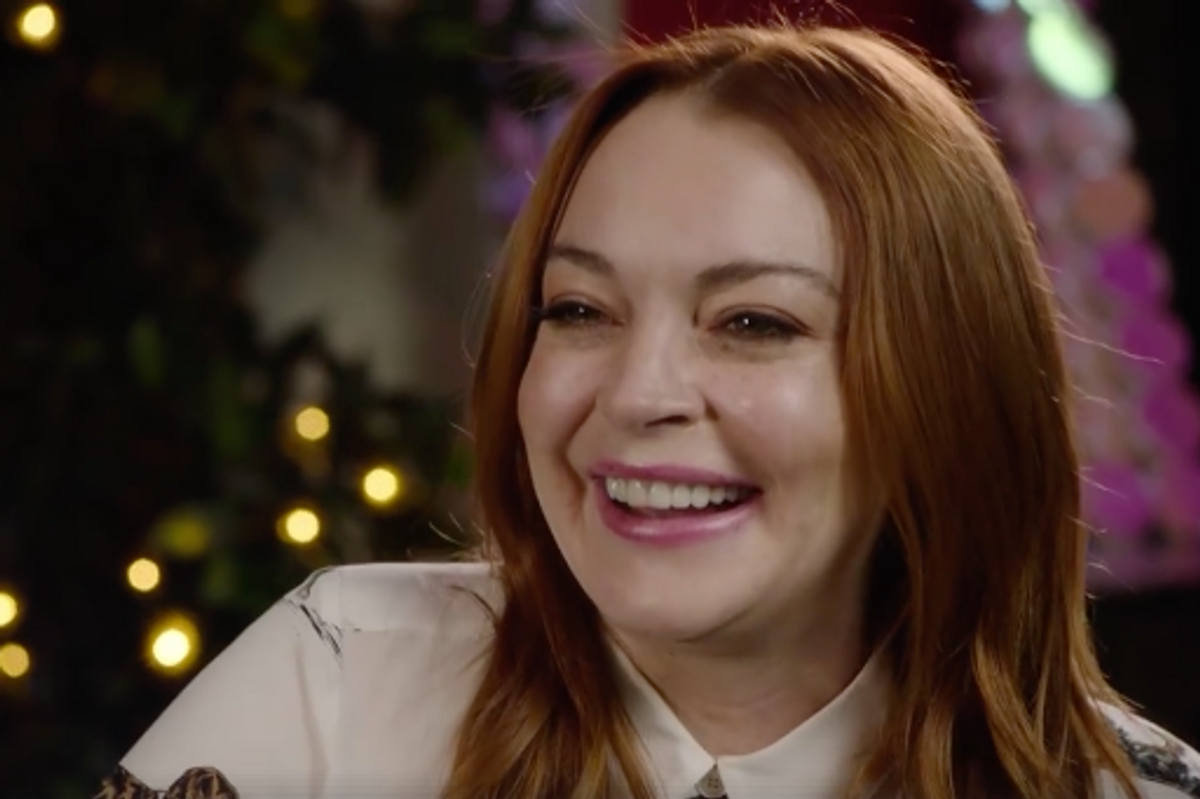 Keeping up with humanitarian, accent-enthusiast and Muslim-in-training Lindsay Lohan is proving a near impossible task. When she's not opening clubs in Europe, campaigning to star in live-action Disney movies, creating her own clothing line, or remake cinematic masterpieces like Herbie: Fully Loaded, she's hosting her a new reality show.

In the trailer for The Anti-Social Network, Lindsay Lohan tells the world "I'm back, bitches" and proceeds to take over contestant Charlie's phone for 24 hours while he partakes in a number of challenges for "prizes" – all captured on hidden cameras. The show's concept seems to be more complicated then it should be, but think of it as Punk'd for the digital age with Lindsay Lohan as Ashton Kutcher.

Why was the Get a Clue star chosen to head up this new show? Well, not only does Lohan reveal she LOVES social media but she continues: "I am social media". Surprising news.

Apparently Lohan will also open up about the "criticism and pressure" she has felt via social media and throughout her career in the spotlight, a press release for the show reads. The goal of all this is essentially for audiences to learn more as to "what it's like to live as Lindsay," we didn't ask for it, but we're happy it's here.

Definite highlight of the teaser is Lindsay Lohan interviewing Charlie's best friend to find out more about him.

"A bit of an ego!" Lohan responds, as they both laugh. It doesn't sound that iconic but trust me, it is.

The show is apparently still being pitched to networks, but in the meantime, watch the trailer below and feel closer to Linds.