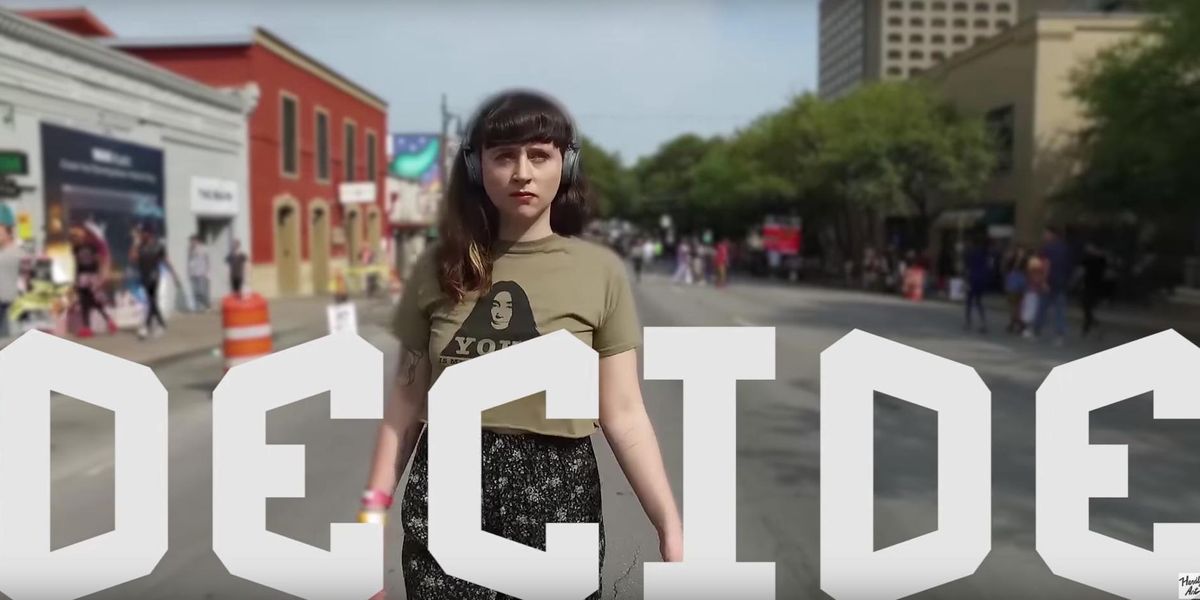 Watch The Julie Ruin's Lyric Video For The Empowering "I Decide," Featuring Waxahatchee

Kathleen Hanna's current project The Julie Ruin have just announced their second studio album Hit Reset with the release of a new single called "I Decide" -- and it's a brash, defiant ride of a tune.

An empowering, perspective-reframing track, "I Decide" is only given more power via its simple lyric video, which sees none other than Waxahatchee's Katie Crutchfield strolling through this year's crowds at SXSW -- completely unbothered by the gawps and stares of strangers. AKA being a true baddie who can decide what's up for herself. Watch the video in full below.

Hit Reset will be available on July 8th via Hardly Art.