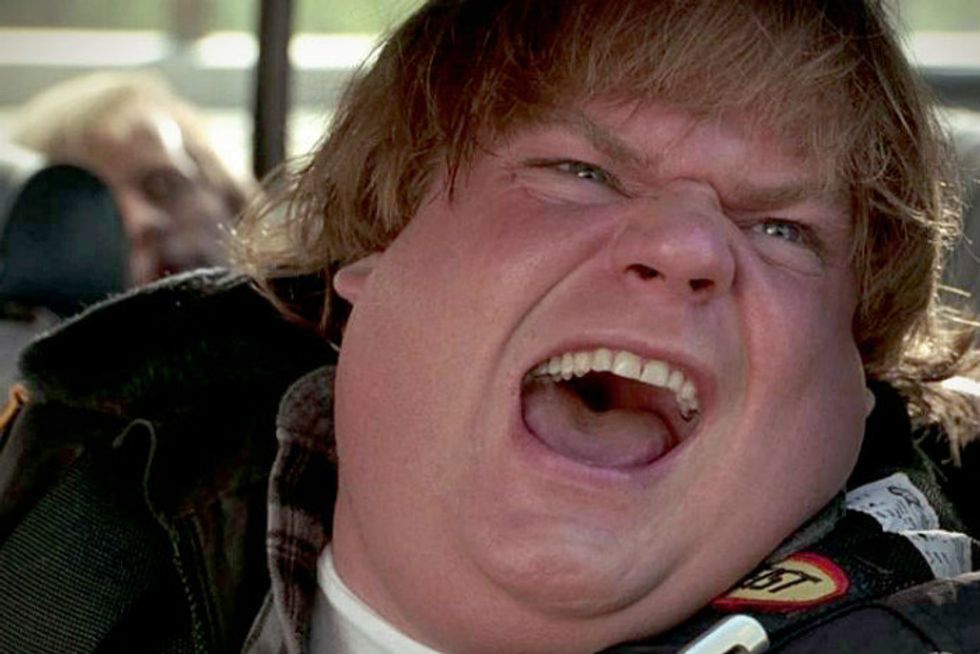 Watch the Heartbreaking Trailer for a New Chris Farley Documentary

by Eric Thurm
PAPERMAG
In the past few months, we've seen the release of several documentaries about stars who died young -- the Amy Winehouse doc, the Kurt Cobain doc, and now the Chris Farley doc. The trailer for I am Chris Farley, which premiered over at BuzzFeed today, suggests the film will dig deep into the problem at the heart of a life like Winehouse's, Cobain's, or Farley's -- how can a single person maintain the demands of a persona, of being "on," throughout an entire lifetime? Interviews with Farley's family and entertainment friends like David Spade, Adam Sandler, and Bobs Saget and Odenkirk suggest that the answer is, sadly: you can't. The soft, moving, and well-handled use of clips from Farley's comedy career and the simultaneous joy and seriousness expressed in the talking head interviews suggest that I am Chris Farley won't flinch in exploring this question, while still maintaining a sense of pride that someone so funny and beloved lived at all. I am Chris Farley hits some cities in theaters July 31, airs on Spike August 10, and will then be available on demand. Watch the trailer below. [via Esquire]