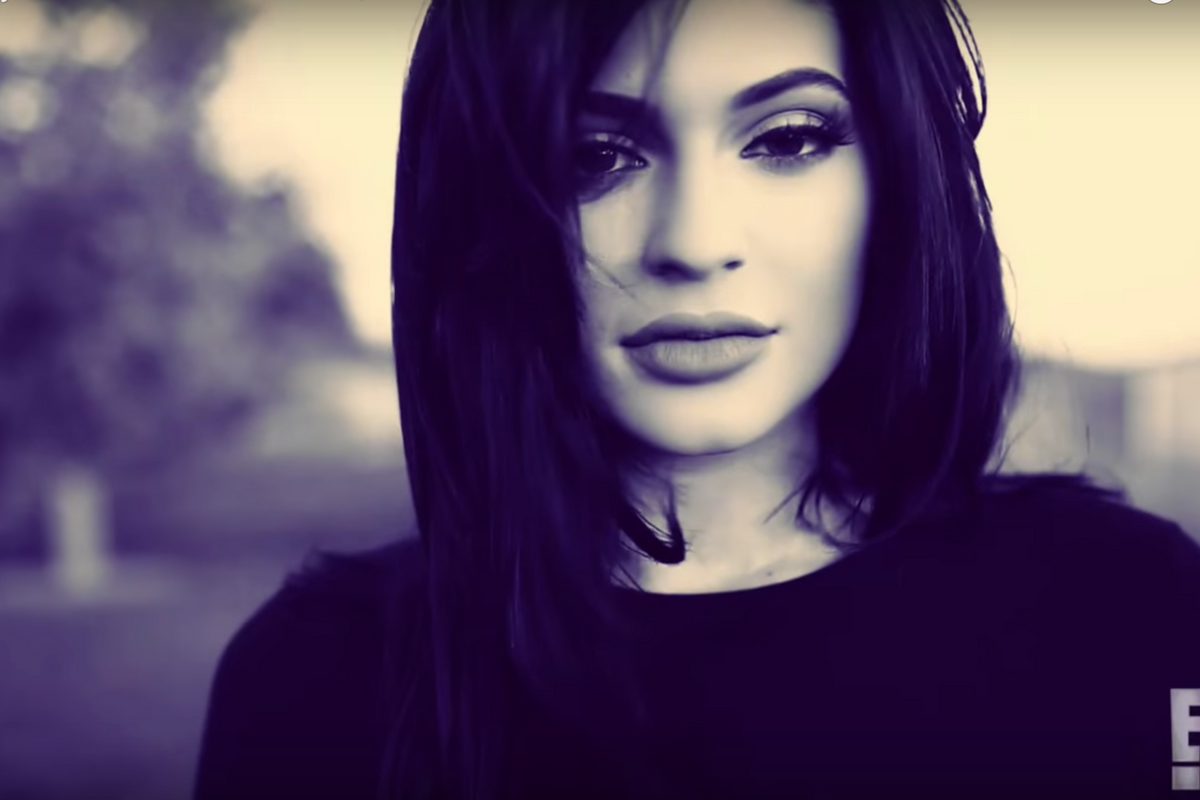 If you missed the plumes of white smoke billowing out of Kris Jenner's Hidden Hills chimney announcing the birth of a new Kardashian TV franchise, you should know that there is a new docuseries about Kylie Jenner coming out in July called Life of Kylie. A teaser for the series was released last week to hammer home the idea that those of us that *think* we know her *don't,* and today Ryan Seacrest has blessed us with a full trailer.

Like the teaser before it, the trailer is mostly footage of Kylie looking hot, wearing a variety of wigs and wet looks, with voiceover lines that promise her fans a deeper look into the life of a girl that's been on television since she was nine. There's "the image [she] feels constantly pressured to keep up with" (hot, wet, wearing wigs), and then there's the real Kylie (flipping off her friends, struggling to pick her nose because of an enormous nail piercing). "I'm not totally innocent because I am keeping up this lifestyle... I can't do it forever," she says, knowing full well that she will do it forever.

Life of Kylie premieres on July 6th, kids. Get ready to have the foundations of your reality shaken.

Watch the trailer below...