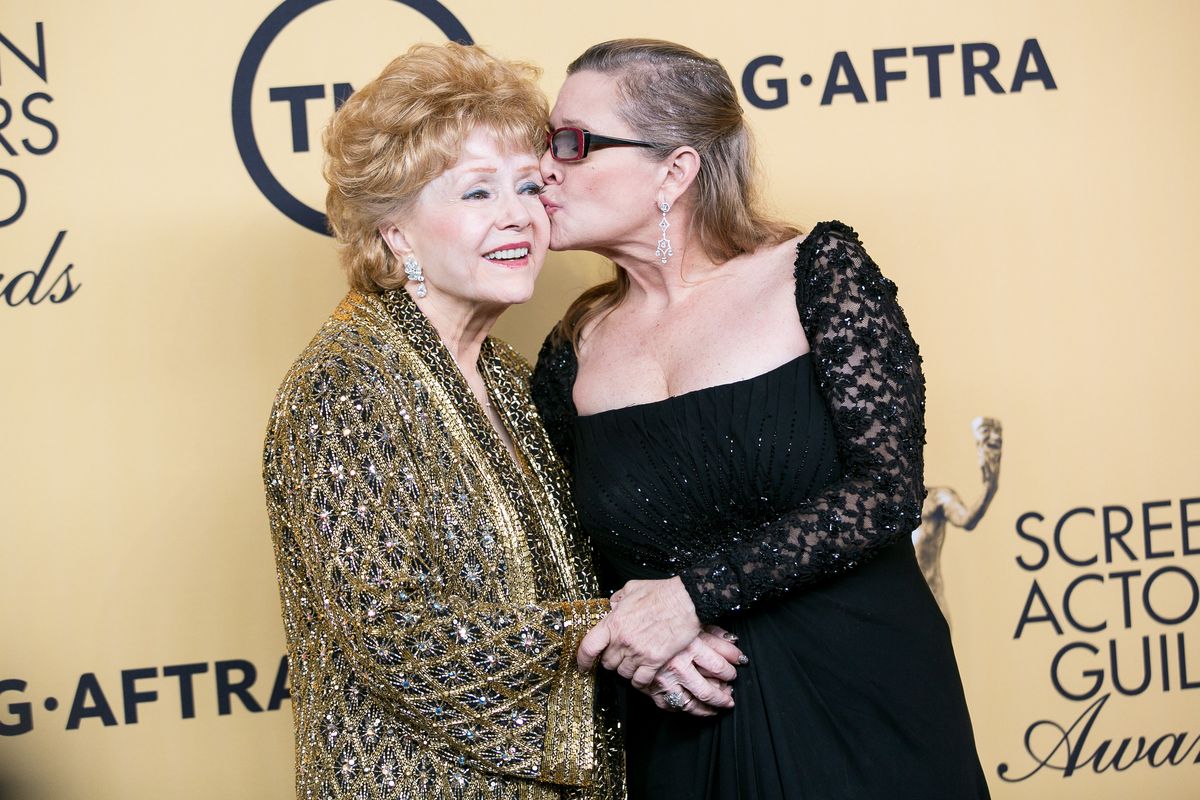 Fans paid their respects to the two fallen greats, Carrie Fisher and Debbie Reynolds, who died within a day of each other last December. Carrie's brother Todd Fisher held a public memorial for the mother and daughter at the Freedom Theater at Forest Lawn Cemetery in Hollywood Hills yesterday and more than a thousand mourners showed up.

As the event started, Todd assured attendees that the day would be more fun than sad because "[Debbie] liked shows and parties."

During the memorial a troupe of dancers paid homage to Debbie's iconic Singing in the Rain and R2-D2 came to beep his love for Carrie.

A beautiful 'Singin in the Rain' tribute at the memorial for #DebbieReynolds. #CBSLA pic.twitter.com/BMHEnlDgav
— Tina Patel (@tina_patel) March 25, 2017

R2 wept. Todd Fisher made us feel like family. Dan Ackroyd spoke. We saw family photos that no one had ever seen ❤️ #CarrieFisher #CarrieOn pic.twitter.com/QnuPTnGDwn
— Katie Kat (@Wembley138) March 26, 2017

Rest in peace, Carrie and Debbie.