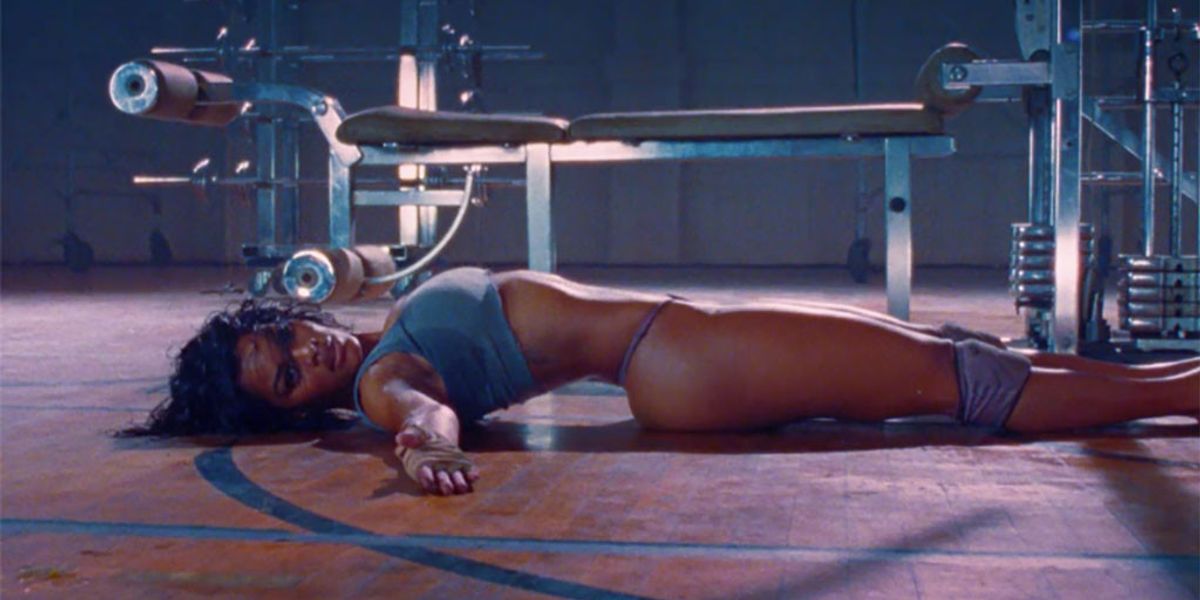 Teyana Taylor treated the crowd at G.O.O.D Music's pop-up last night to a special IRL repeat performance of her incredible routine from Kanye West's "Fade" video -- and thank the goddess for modern technology, because obviously someone caught it on their cellphone.

Yep, right on the heels of her Yeezy Season 4 catwalk cameo, Taylor came onstage to do the entire Flashdance-esque portion of the act, which you can watch for yourself below. Me-OW.