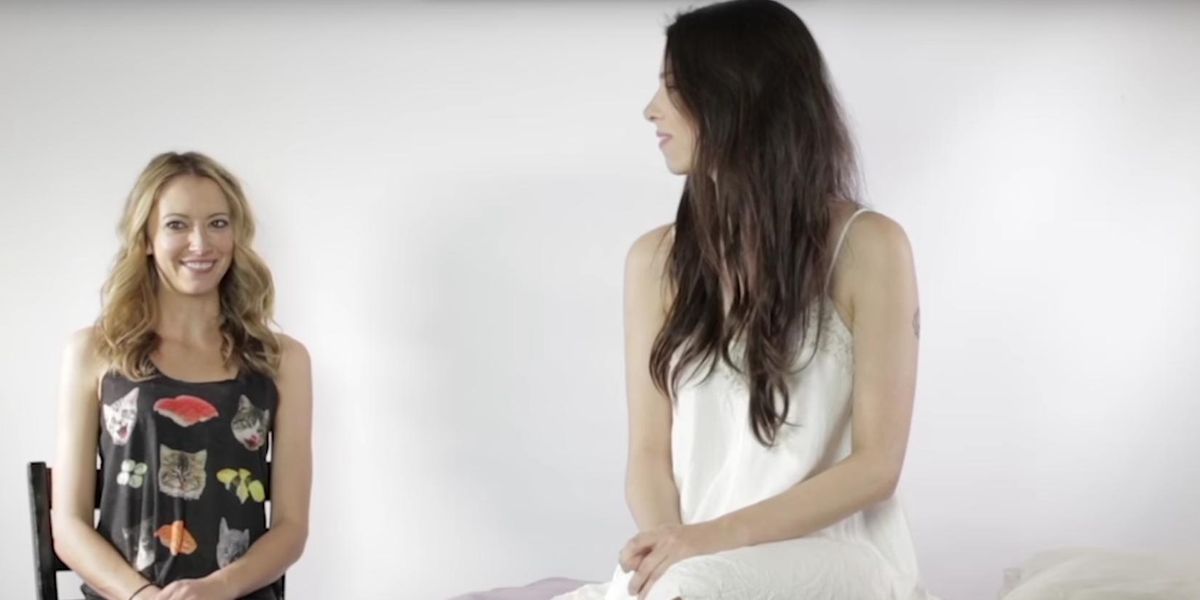 Watch Straight Women Touch A Vagina For The First Time

When do we collectively as a culture decide that we're over these videos of "people touching other people's privates for the first time"? Apparently not today -- cause the Internet has just unleashed a new one in the form of "Straight Women Touching A Vagina For The First Time," because...well, IDK.

Released by Bria & Chrissy, the ladies behind the viral "Lesbians Touch A Penis For The First Time," the title says it all, as the video just sees us watching three straight, cis women, well, touching a vagina that isn't their own (at least I'm hoping they've all masturbated before). Watch it for yourself below, I guess.