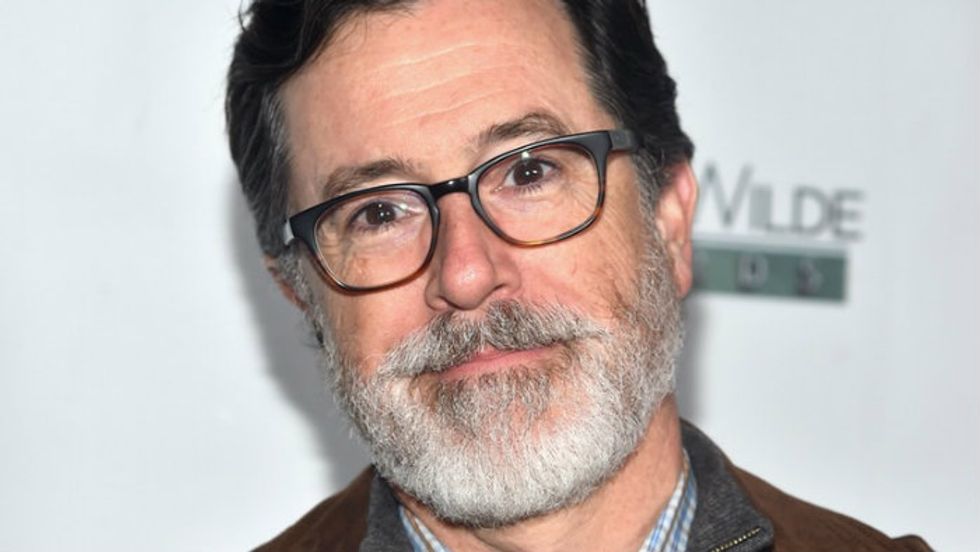 by Eric Thurm
PAPERMAG
In the time between finishing his long-running Comedy Central show as "Stephen Colbert," the faux-conservative character and host of The Colbert Report representing one of the greatest comedic performances in history, and starting his new show as the replacement for David Letterman, actual comedian and real human being Stephen Colbert has been making moves trying to establish his identity as a person independent of his creation. It's a somewhat difficult task, particularly when you take into account that he's moving to a substantially bigger audience -- "Colbert" might have been a fixture in your world, but his biggest-ever viewership was 2.5 million people for his last episode, while Letterman's counted over five times as many viewers.

So it's not surprising that the past few weeks have seen Colbert trying to establish a slightly different comedic presence, including literally changing himself with his "Colbeard." He's also engaged in some unironic embrace of some of the sort of American culture it would be easy to mistake him for mocking over the course of the past decade or so -- the sort of culture associated with the red states where "Stephen Colbert" claims as home. Last night, Colbert showed up at the Songwriter Hall of Fame to induct Toby Keith. Vulture has more of the story, as well as a clip of Colbert covering Keith's "As Good As I Once Was."