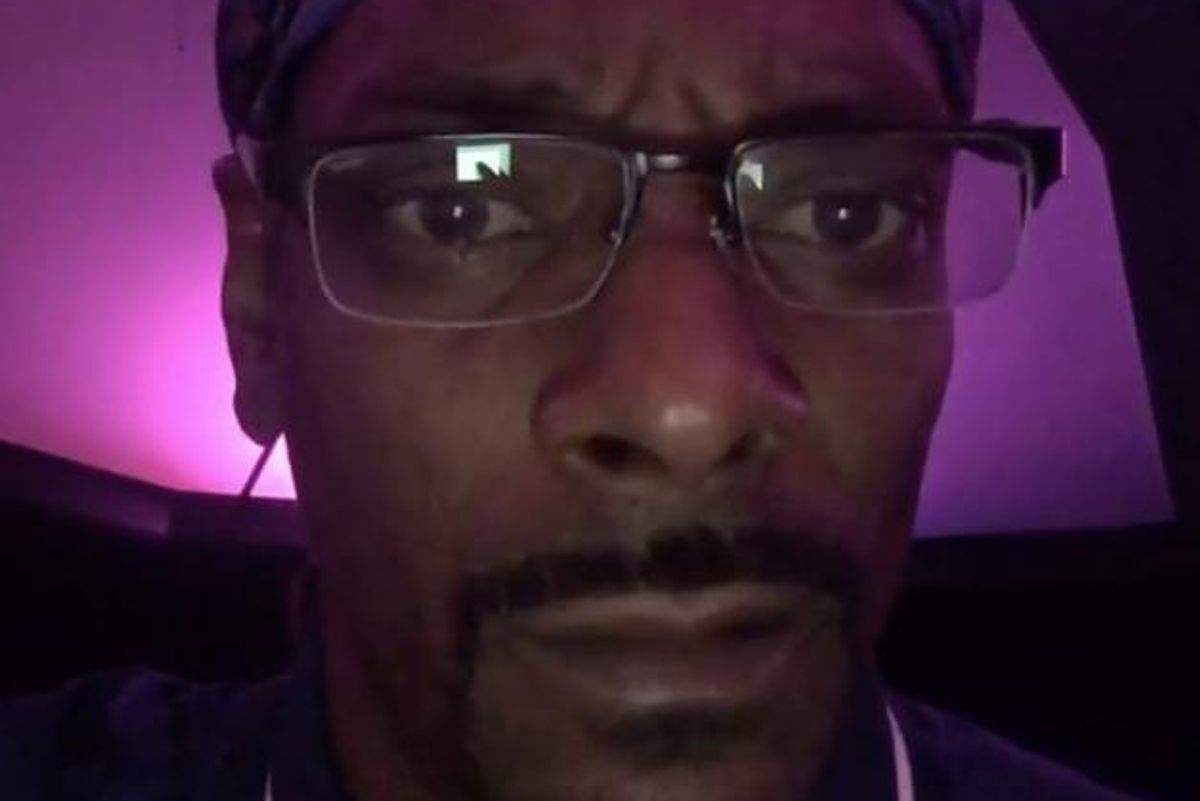 Kanye West ramped it up a notch this week, taking himself from problematic fave to #KanyeIsOverParty in a series of rants about how he would've supported Trump *if* he voted along with some pretty belligerent raving about Jay Z and Beyoncé, followed by a concert storm-out. It's concerning, and begs the question... with everything going on in the world, do we have time for this shit any more?

Thank goodness our favorite thought leader Snoop Dogg has weighed in on the curious case of Kanye West, gifting us with a string of absolutely perfect reaction videos to Kanye's epic Sacramento rant.

Special shout out to Snoop's headscarf. I would like to think that a bleary-eyed Martha Stewart is sitting just out of frame, snacking on White Cheddar Cheez-its, nodding her head knowingly when Snoop says, "I smoke weed, and weed don't make you do that."

For Kanye's part, he continued this trend of worrying, perplexing behavior last nightby spamming his Instagram account with 99 blurry detail shots from the Margiela archive.

Today he canceled all remaining dates for his Saint Pablo tour.