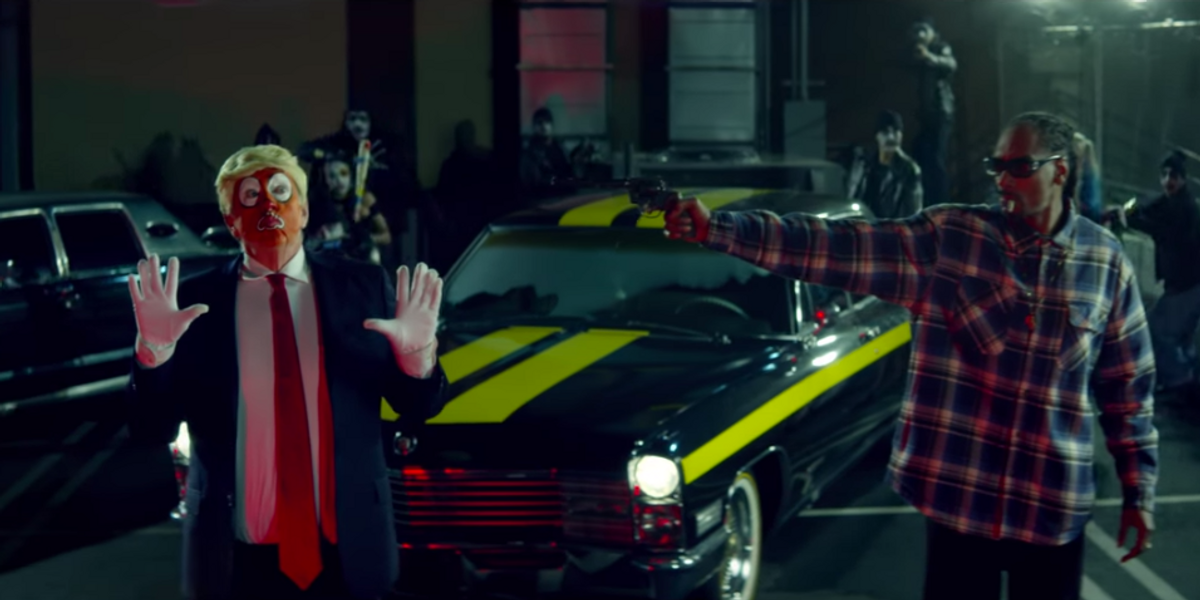 Snoop Dogg has been very vocal about his issues with the new administration, even asking Drake if he could move to Canada after Trump was elected. Now the Dogg has put all his frustrations into new video 'Lavender', which depicts a world where everybody's a clown and everything's a mess, sound familiar?

Not only does the visual deal with topics like marijuana legalization and police brutality, but Snoop even takes aim at the ball of congealed cat food inhabiting the white house. Speaking to Billboard about the direction for the video, Snoop listed his issues with the current government including "ban that [Trump] tried to put up; [Trump] winning the presidency; police being able to kill...and get away with it [and] people being in jail for weed for 20, 30 years."

"It's a lot of clown [stuff] going on that we could just sit and talk on the phone all day about, but it's a few issues that we really wanted to lock into like police, the president and just life in general."

He also said rappers are too focused on making "party records" rather than addressing real issues. Then again if there was ever a time to party and try to forget it all, it's now.