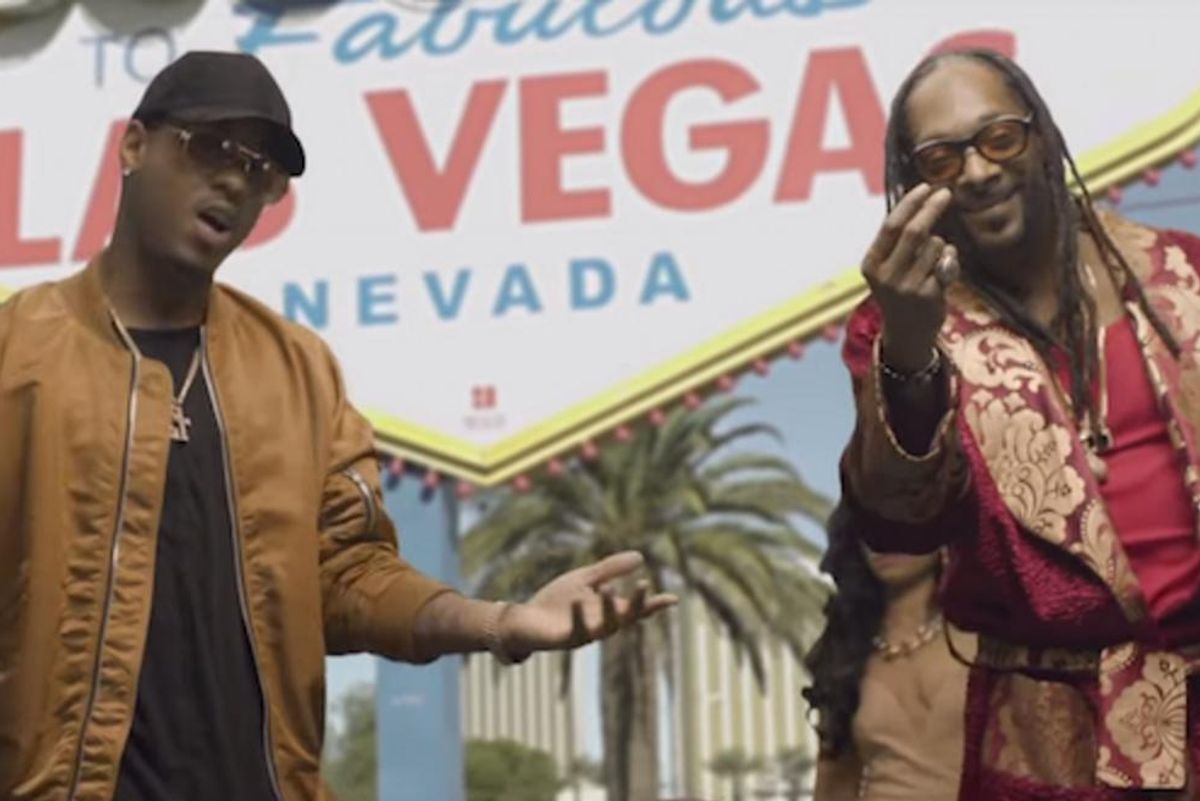 Snoop Dogg's new album is out, and it's called COOLAID.

Directed by Benny Bloom, the video features Snoop and Jeremih at a Las Vegas strip club, gambling and leering at women. The glint of diamond-encrusted disco balls, the haze of smoke, palm trees, the money and the bottles create a fun ambiance and typically Snoop vibe.

Meanwhile, Variety recently reported that Snoop will be headlining a "unity party" on the last night of the Democratic National Convention. Snoop Dogg is a staunch supporter of Hillary and was one of the first celebrities to endorse the democratic nominee in a May 2015 appearance on Bravo.

"But I'll say that I would love to see a woman in office because I feel like we're at that stage in life to where we need a perspective other than the male's train of thought," he said. "And just to have a woman speaking from a global perspective as far as representing America, I'd love to see that. So I'll be voting Mrs. Clinton."

Something tells us he won't be including "Point Seen Money Gone" in his set at the DNC.


Watch the video below.