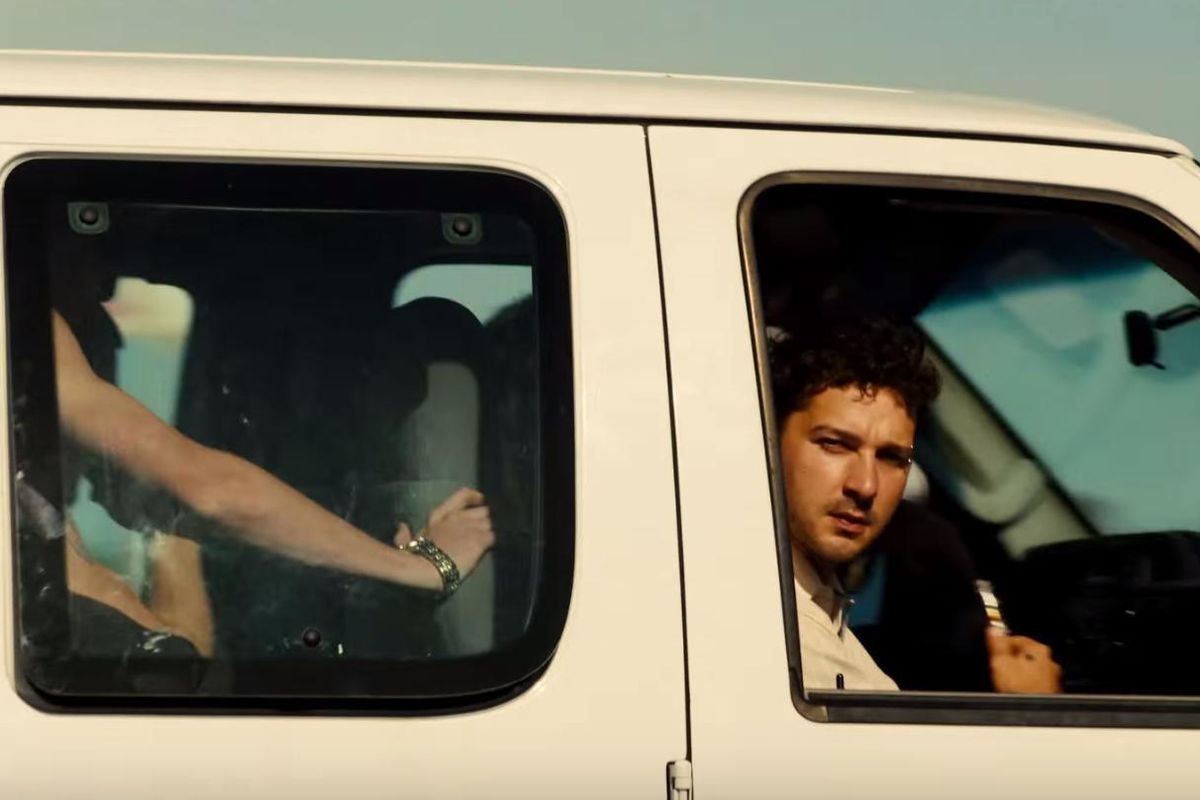 Watch Shia LaBeouf Get Into Some Shenanigans in American Honey trailer

Actor Shia LaBeouf is super weird in the way where you just want to bottle up his essence and sell it door-to-door. In his latest soon-to-be hit film, he's the salesman going door-to-door, but he's not selling his essence; rather, he's selling the American dream.

Directed by Andrea Arnold, American Honey premiered at the Cannes Film Festival in May, and the trailer, which features Shia with a sexy eyebrow piercing alongside fresh-faced newcomer Sasha Lane (while "I Luh Tuh" by iLoveMakonnen plays!), dropped today.

"It's a business opportunity – we go door-to-door, we sell magazines, we explore America, we party," says Jake (played by Shia LaBeouf). American Honey centers on Star (played by Lane) who becomes a door-to-door saleswoman, shilling magazine subscriptions in the Midwest with a band of travelling misfits. She soon falls for Jake, and the what follows is a Bonnie and Clyde-esque crime spree in a confluence of American capitalism, youth and hedonism.

American Honey lost to the Palme d'Or award to I, Daniel Blake at the Cannes Film Festival, But Andrea Arnold managed to pull her third jury award (Red Road and Fish Tank being her first and second time, respectively).

In an interview, Arnold called American Honey "a small potted version of the American dream. They're working hard at selling themselves, which is what capitalism is all about." This is Arnold's first film set outside of the UK.

Watch the trailer below, and view the film in UK theaters October 14. There are presently no U.S. theatrical release dates.