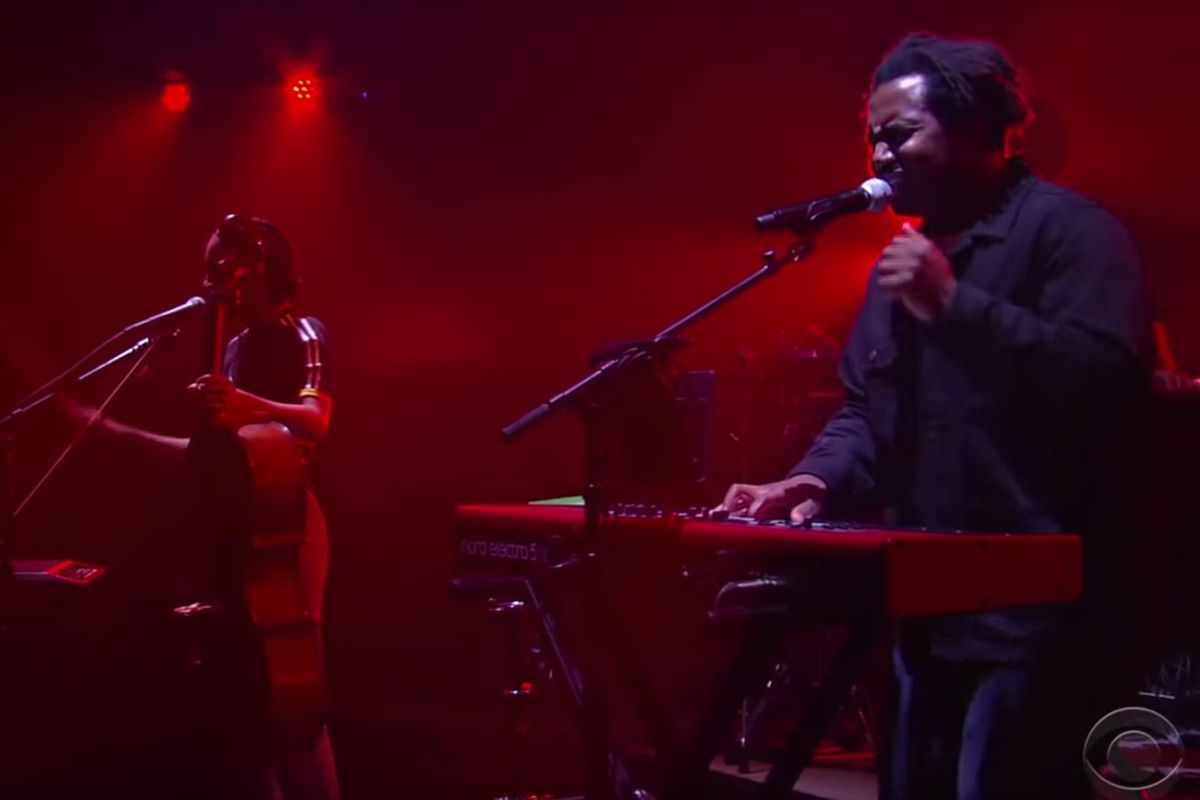 English electro soul singer Sampha, whose powerfully warm, melancholic vocals have been the best part of collaborative projects with SBTRKT, Drake ("Too Much," anyone?), Kanye, Solange, and Jessie Ware, is FINALLY releasing his first LP. Last night, Sampha made his American television debut on The Late Show with Stephen Colbert, performing the incredible lead single off his forthcoming album, "Blood on Me" with a live backing band. This is the first solo track he's released outside of SBTRKT since his 2013 EP, and it will make your pupils dilate and cover your entire body in painful goosebumps. His full-length album, Process, will be released some time this winter. Get hyped!