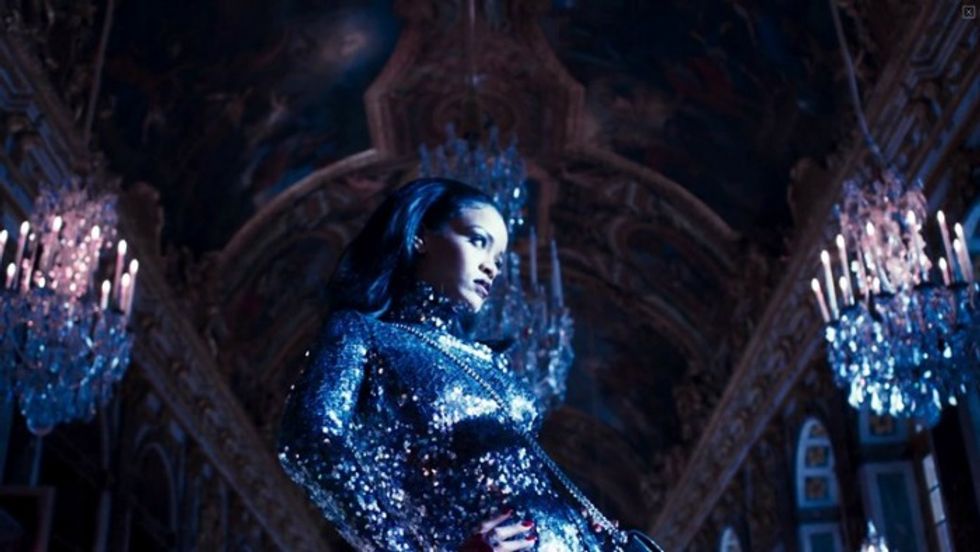 By Sandra Song
PAPERMAG
Update 05/26/15, 10:30 a.m.: Over the weekend, a longer version of the film surfaced, featuring even more outfit changes, strutting sequences and sequin-studded shots:
Rihanna, known in savvier circles as our one and only Shade Queen, has descended upon Versailles for the fourth installment of Dior's Secret Garden saga with her fierce strut and signature smize.
Shot by famed fashion photographer and frequent Madonna collaborator Steven Klein, the video features a snippet of a track from her upcoming R8 studio album entitled "Only If For A Night."
The first black woman to star in a Dior campaign, Rihanna's position as the iconic brand's poster girl has been seen as a groundbreaking step toward more diverse representations in high fashion, as RiRi herself told MTV earlier this year. And no one could be more regal than the royal Bad Girl herself as she catwalks down a moonlit Hall of Mirrors and spins amongst Versailles' famous gardens bathed in sequins and Swarovski crystals.