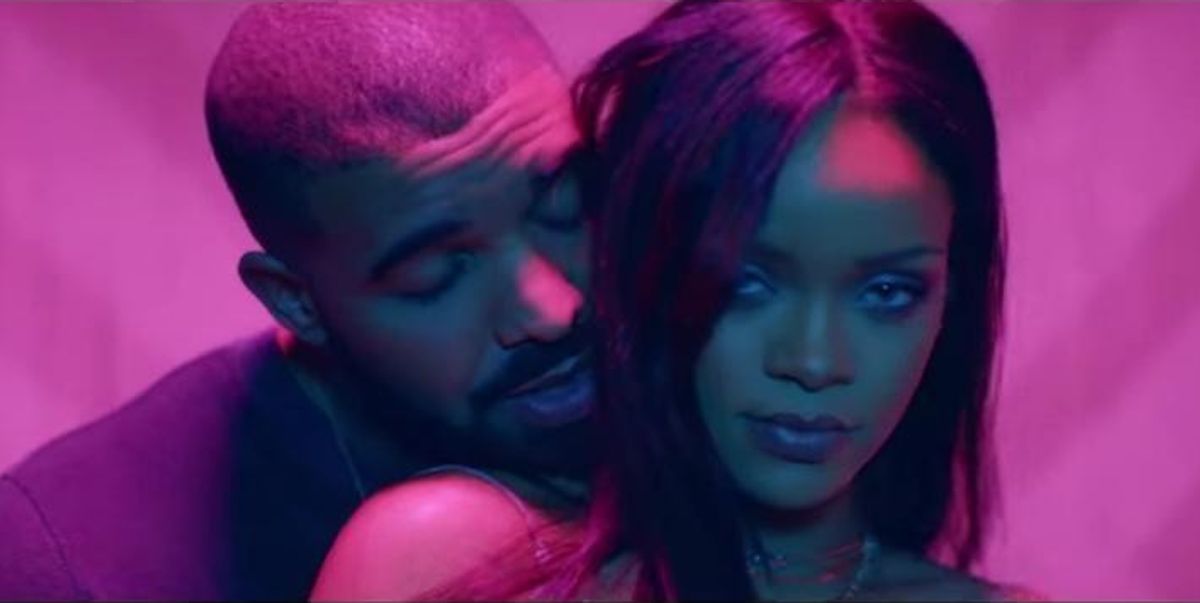 This weekend past saw the seventh successful staging of the annual OVO Fest in Toronto, hosted by none other than the Number One Toronto Booster Who's Definitely Going to Make Nickname "The 6" Happen, Drake. This year's lineup featured a very special guest in the form of Drake's best, baddest gal: Alleged girlfriend, Rihanna.

Rising up from the stage floor for a surprise performance, she joined Drake to sing some of her songs ("Bitch Better Have My Money" and "Needed You").

This was her first OVO Fest, because, per Rih, this time of year she's usually at Carnival. Love is missing a week-long party to support your SO at their festival, right? Naturally, they sang "Work" from ANTI. Considering Drake spent all spring following Rihanna on tour and making "surprise" guest appearances for this song, their routine is down pat.

They also did "Too Good," from Drake's latest, which was Rihanna's cue to strut around the stage, fan out her gigantic trenchcoat plumage and let Drake adore her.


As the song winds down, Drake takes a moment to address her and the crowd at large. "Let me just say, for the record, for being here tonight and for everything and anything else, you're way too good to me and this entire city," he tells her. Damn right, Drake. Keep that in mind before you start singing about text message response times in the future.