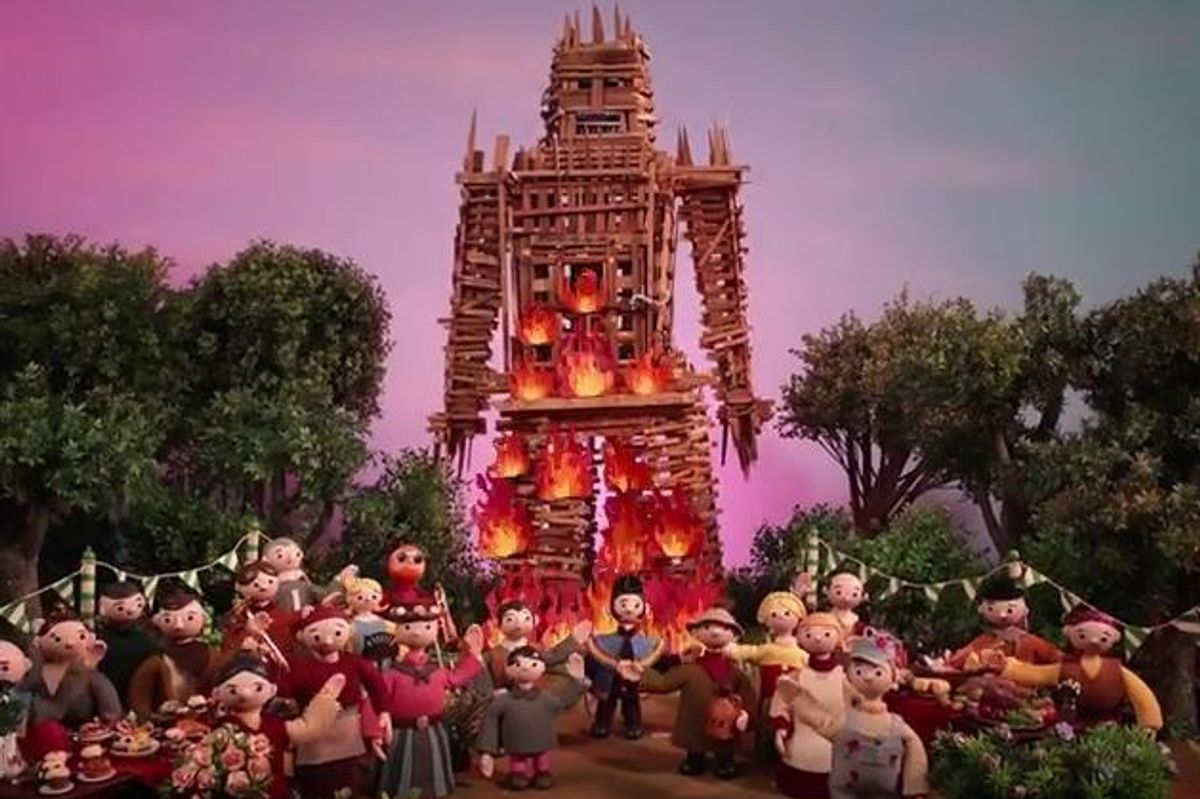 Radiohead has released a claymation video for their sweeping, massive new track 'Burn the Witch.'

The video, directed by Christopher Hopewell, shows a semi-Puritanical village accusing various of its townspeople of witchcraft...

..ending with a giant wicker effigy getting set on fir (with a doomed citizen inside it).

It's the first song Radiohead has released since their scrapped James Bond theme 'Spectre,' in December; it also comes right after the band had deleted everything off their social media accounts, and even their website.

A new album is imminent.