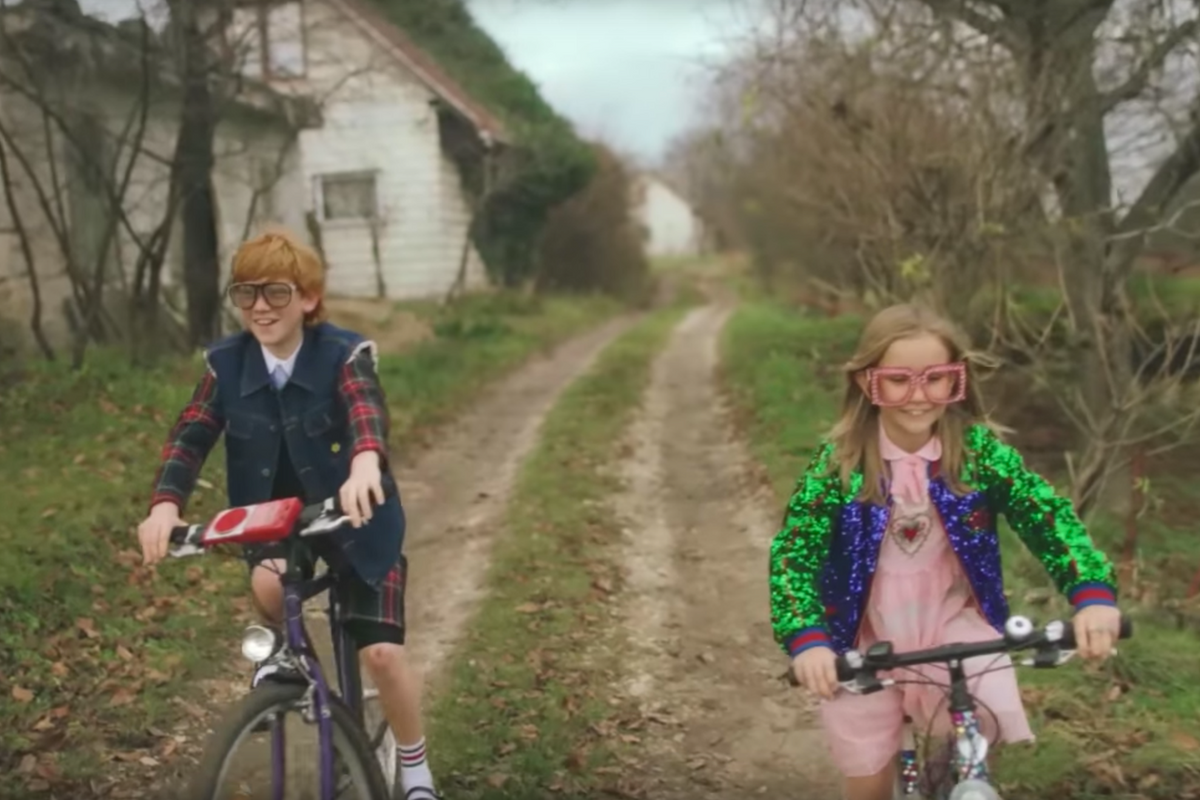 Under the groovy paisley gaze of Alessandro Michele, Gucci can do no wrong. Coming off the heels of their velvet goldmine of a FW17 presentation and a fresh commitment to casting diversity, the house just released an absolutely charming film by Petra Collins for Gucci eyewear. The colorful film centers on two aggressively fabulous Hungarian children (Petra's cousins) watching TV as their grandmother drifts off to sleep on the couch in the wildest pair of pink glasses you've ever seen. As soon as she dozes off, the two kids put on her fab pink glasses which launches them into a glamorous, whimsical dream world filled with models and glittery grannies. Petra explained to Elle, "The eyewear is so playful and is something you put on and look through to feel different. The kids portray that. Their world is so big and so mysterious. When they put on my grandma's sunglasses they imagine a whole new exciting world."

It's a lovely film, and if you've been craving glasses that say to the world, "Hello, I see my self as a modern day Iris Apfel type, pleased to meet you," you will be very excited.