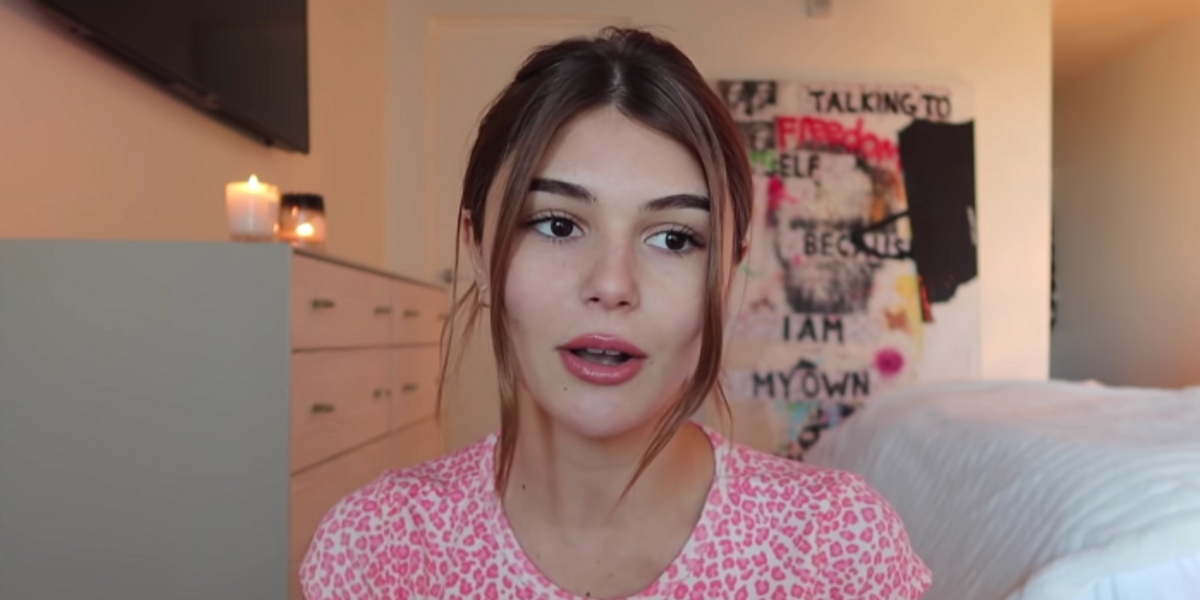 Olivia Jade Giannuli, the beauty influencer and YouTube personality whose famous parents became embroiled in the riveting college admissions scandal earlier this year, has posted her first video since the revelation that she and her sister were falsely admitted to the University of Southern California and (gasp) never even rowed crew.

In the two-minute clip Giannuli seems nervous and scared, and doesn't talk about the scandal so much as around it. The video is awkwardly edited, and her eyes are sad. In the background two candles burn warmly; an expressive piece of contemporary art besides her bed hints at the vlogger's presumed inner turmoil. It makes me stressed.

Giannuli, who just goes by @OliviaJade, cites vague legal reasons for her reticence. Giannuli's mom Lori Loughlin is accused of paying $500,000 to scam her a place at USC. The TV actress has recently been hit with additional bribery charges, and she and husband Mossimo Giannulli both face 50 year sentences. They are both rich white people, though, so who knows what will actually happen. Felicity Huffman, also implicated in the scandal, served just 11 days in prison.

"As much as I wish I could talk about all of this… I'm legally not allowed to speak on anything going on right now," the creator explains to camera, clearly reading from a script, and refusing to pour even a drop of tea for the fans who have been waiting months for this moment.

According to the comeback video, Giannuli ultimately decided to return to YouTube because it's something she's "really passionate about" and "really, really missed." Nonetheless, she admits she's "terrified" to return. Fair enough: the comments section is predictably vitriolic.

Though Giannuli seems humbled in this new piece of content, it's hard to know what's going on behind the scenes. She flipped the bird at her haters on Instagram a few months ago, and was reportedly unrepentant when the Varsity Blues story first broke.

Pre-scandal videos and tweets indicated that Giannuli didn't want to attend college in the first place, and was forced into the USC scam by two parents who have no idea how much more valuable a social media brand is compared to a lame old liberal arts degree. She's since been asked to leave USC and lost several highly lucrative beauty branding deals, so it's no wonder she seems a little lost in this new clip.