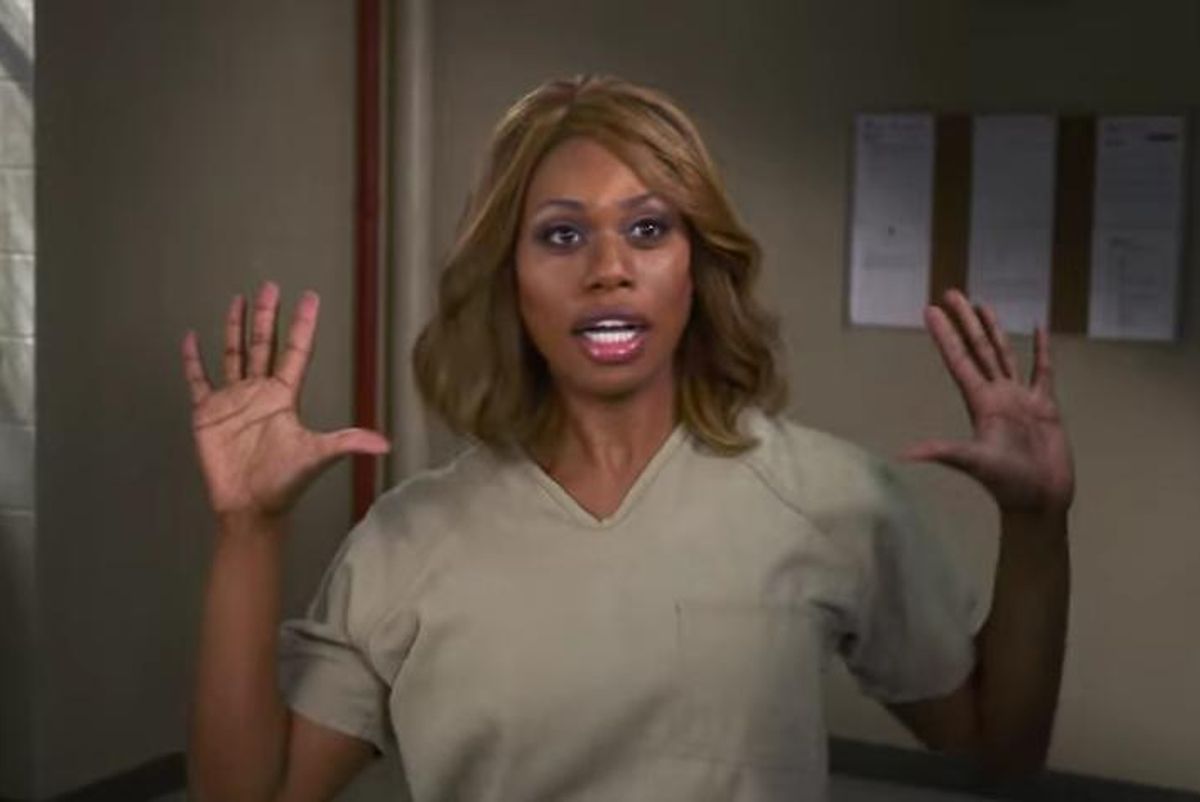 Where were you when you first heard "Peeno Noir," Unbreakable Kimmy Schmidt's "ode to black penis"? (Okay, we know where you were: in bed, Netflix and chilling with a bottle of wine. So were we.) It was a pop culture masterpiece, bringing together Teri Garr, leather bars, Tom Benergar, and the boudoir in an unforgettable earworm. Clearly the cast of Orange Is the New Black are also fans, because several of them got together to record their own parody of the song: "Honey Jar," an ode to their prison-brewed hooch. The lyrics reference OITNB plot points, but the best part is undoubtedly the women's enthusiastic dancing (well, except for Laura Prepon). With both Unbreakable Kimmy Schmidt and OITNB dropping new seasons soon, what better way to give both shows a delightful promotional spike--and let the cast show they really know how to belt when they want.

And, just for the hell of it, why not watch "Peeno Noir" again. You know you want to.