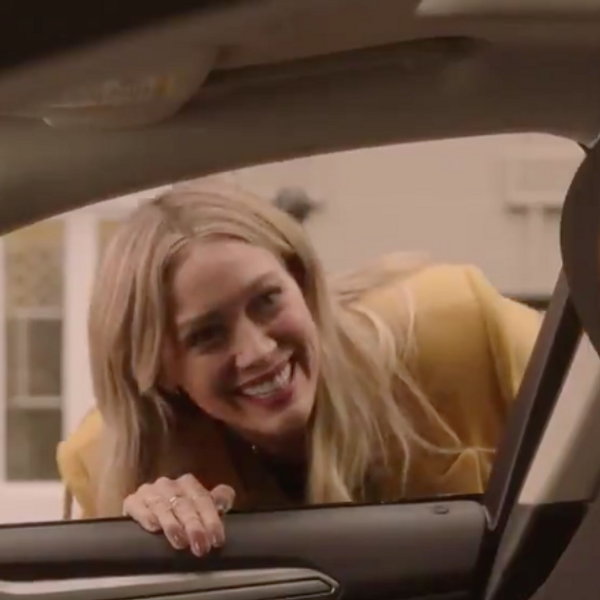 This New 'Lizzie McGuire' Clip Is Getting Us Hyped

All it took was a couple seconds of footage from the Disney+ Lizzie McGuire revival to drive the internet absolutely insane. Welcome to 2020!

Yesterday Disney released a Twitter trailer revealing a gigantic lineup of films, shows, and features arriving at the new streaming service later this year. Fans of the service were already excited, but nothing could have prepared them for the video's climax — a crescendo of horns and a split second of Hillary Duff saying, "Hi, it's me," through a car window. Yes, this broke the internet.

It's been almost 16 years since the last episode of Lizzie McGuire aired on the Disney Channel, and fans are long overdue for a Hilary Duff solo album, so any crumb of Duff-ery at this point is enough to cause a riot. While it's not clear when exactly the show will premiere on the platform, a few details have already been revealed about the plot of the new series — including the fact that it will follow Lizzie as she's all grown up and living in the Big Apple.

The Lion King remake will also be arriving to Disney+ in 2020, along with season two of The Mandalorian, the hit Star Wars universe show that gifted the internet with 2019's best character arc, Thee Baby Yoda.