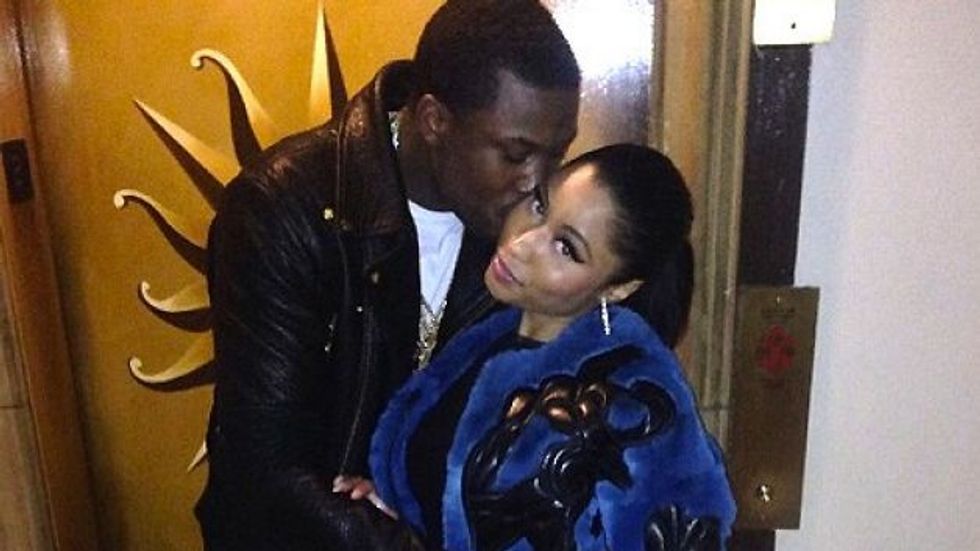 by Eric Thurm
PAPERMAG
Meek Mill is having a pretty good month so far. His latest album, Dreams Worth More Than Money, is set to -- possibly -- be his first to reach the top spot on the Billboard charts. His relationship with Nicki Minaj appears to be going strong (so he's already winning at life). And he's just released the music video for "Jump Out the Face," which features Future and producer Metro Boomin. The lively video depicts a bunch of cops putting together an investigation on the three, only to be frustrated when they finally raid the house. Check it out below.