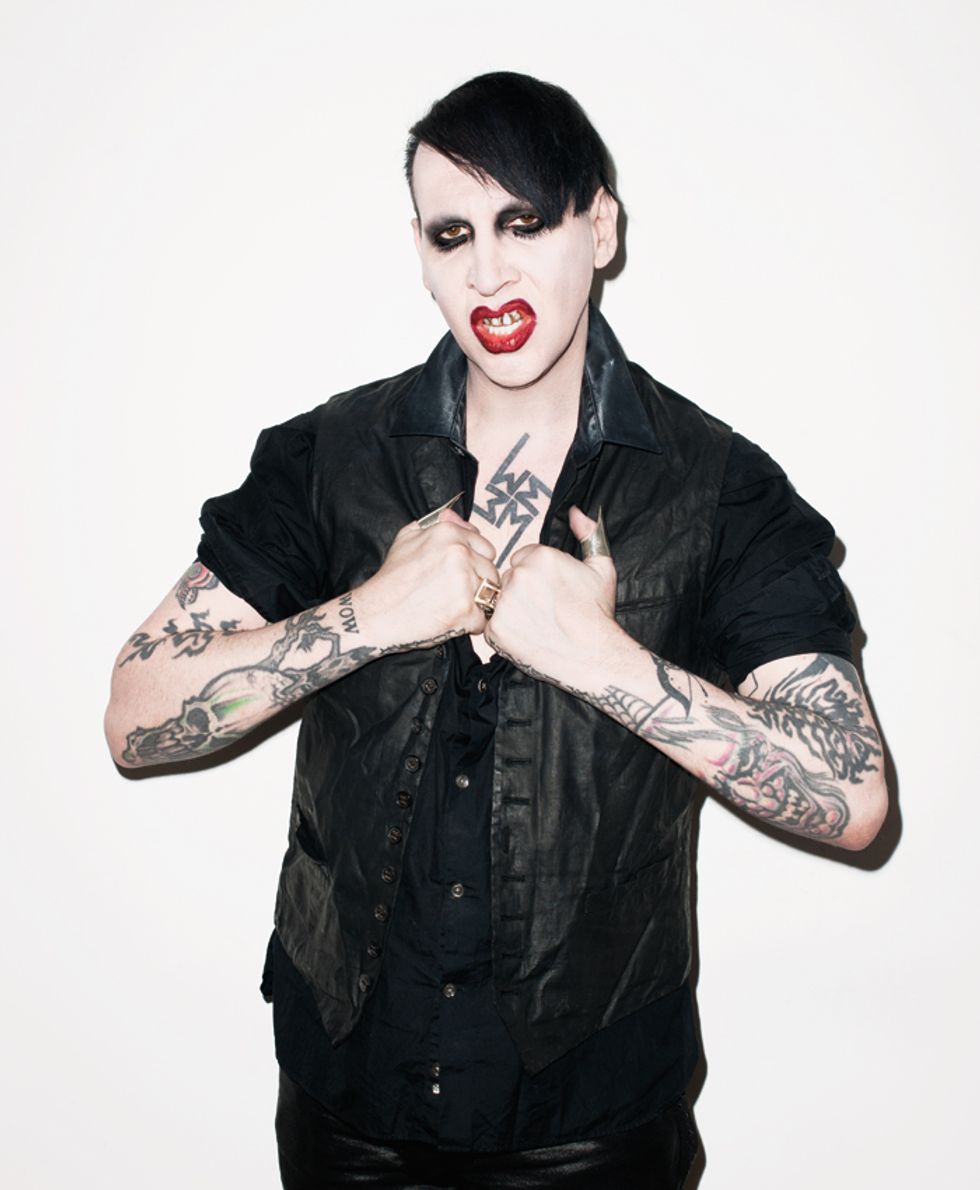 by Sandra Song
PAPERMAG
photo by Terry Richardson
Last Sunday in Nashville, Marilyn Manson turnt up at his own show/service with a little help from his nun-in-charge, Smashing Pumpkins frontman/wrestling producer Billy Corgan -- an earth-splitting event captured by a devout fan with a cam.
In expected form, it begins with Manson orating from his great pulpit about seven-headed beasts and setting Bibles alight, all topped off by some nice gyrating/flopping action to the beginning of "Antichrist Superstar." But what's not so expected is the appearance of his friend Corgan in full on nun drag, which then briefly moves into a possessed, nun-themed cover of "Girls Just Wanna Have Fun."
Thank Satan for whoever decided to put these two on tour together.
[h/t Stereogum]
You May Also Like
Music