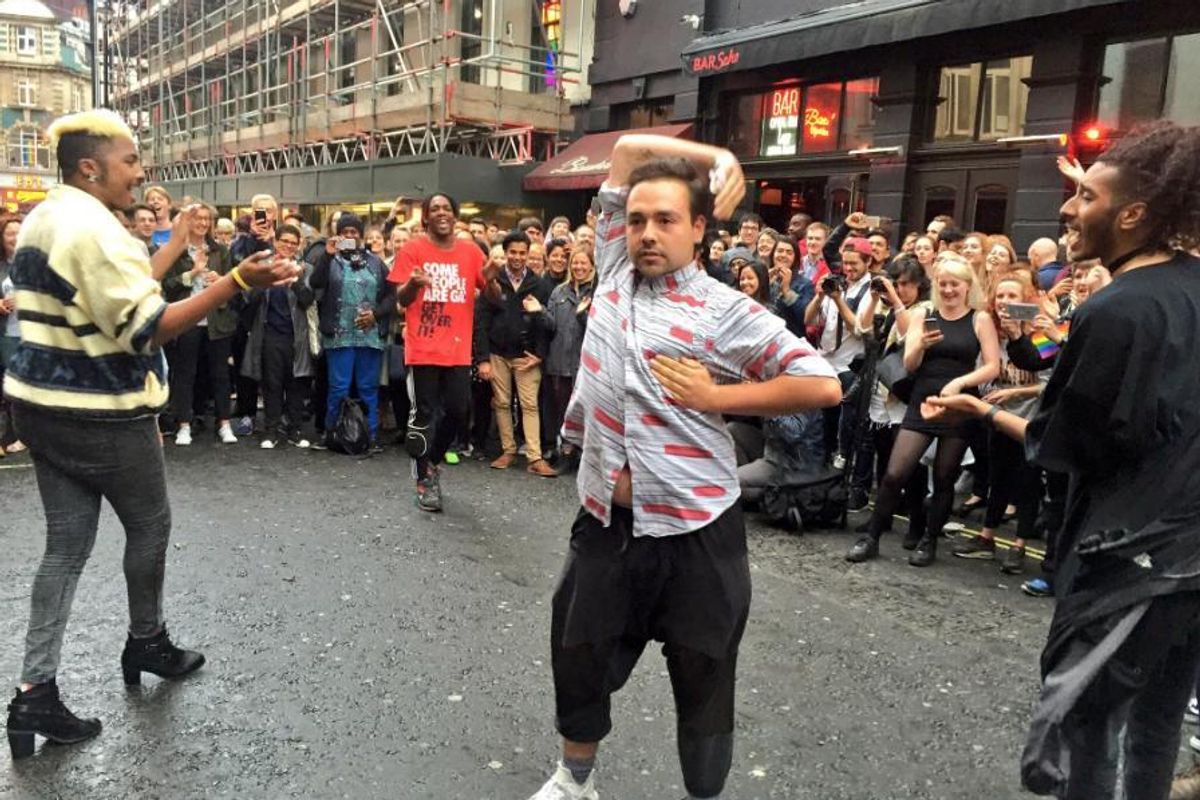 Last night, a vigil was held in London's Soho neighborhood in honor of the victims of the Orlando massacre -- a gathering that notably included a powerful vogue battle organized by Jay Jay Revlon (aka Jason A Cameron), BamBam Khan (Omar Jordan Phillips) and D'Relle Khan.

Speaking to the Fader, all three of the dancers reiterated that vogue is an uplifting, community outlet for pain and sadness -- an act of expression especially pertinent to a day where inter-community solidarity and support are essential. After all, vogue's roots are in creating safe community spaces for queer POC in what is often a bigoted world, so it only felt appropriate to the organizers to channel this particular expression of unity.

BamBam also mentioned that the neighborhood's historically-safe LGBTQ spaces are currently under threat of closure due to rent hikes et al., which means London's gay community could lose many of the city's safe spaces, explaining that "We were [also] reclaiming our space, and letting our community know they can do the same."

"When me, D'Relle, and Jason walk through Soho, we never walk on the pavement — we walk in the middle of the street, our street," he continued. "Soho needs to stay an iconic safe space for our community." To which we say, hell yeah. Watch them vogue in sheer defiance below via Zing Tsjeng's Twitter.

Now a full on vogue battle has broken out in the middle of Old Compton St. London, I love you #SohoVigil pic.twitter.com/VfXi2ZKvfZ
— Zing Tsjeng (@misszing) June 13, 2016

My phone died, but here's another from the vogue battle at the Orlando vigil. Solidarity through dance <3 pic.twitter.com/6LwgjEk7WF
— Zing Tsjeng (@misszing) June 13, 2016