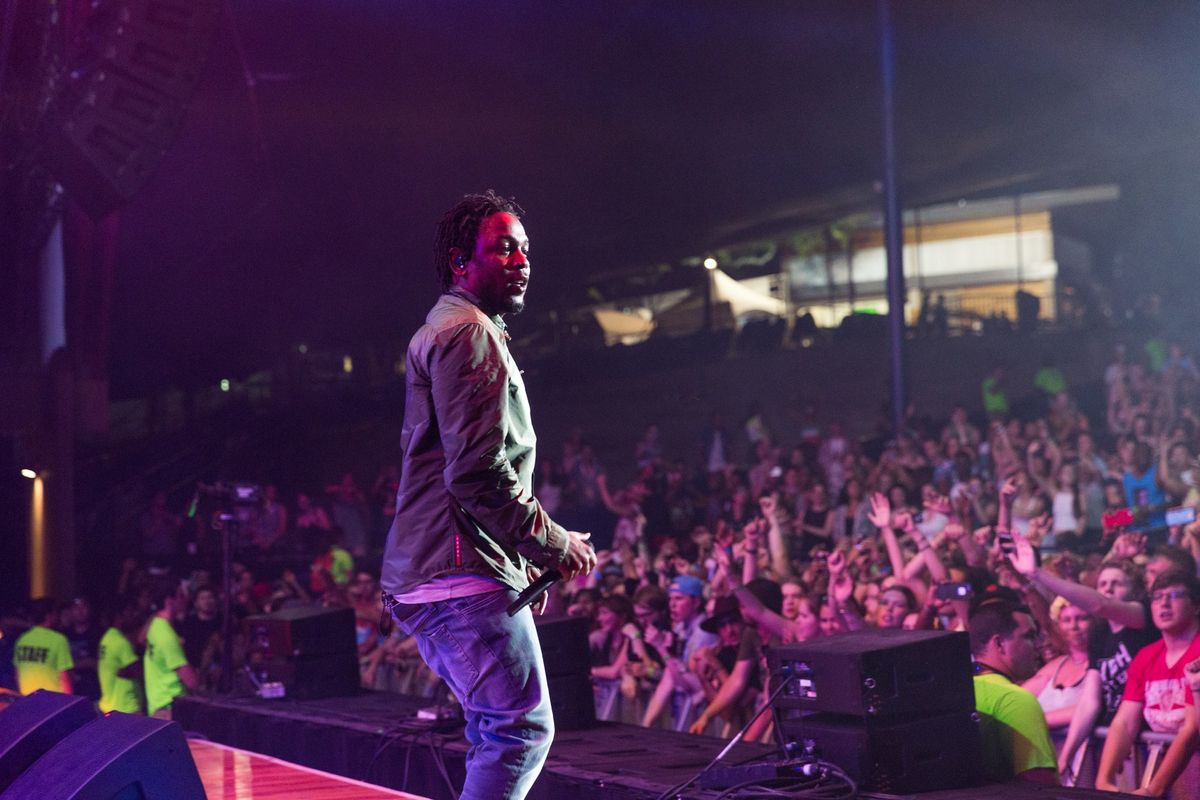 Watch Kendrick Lamar and the Weeknd Sing "Sidewalks" in LA

Kendrick Lamar joined the Weeknd at his Vevo-sponsored club show in Los Angeles last night to perform their collaboration track "Sidewalks" off of Starboy.

Abel was performing songs off Starboy and brought Kendrick out to the cheers of his surprised audience to do his featured verse on "Sidewalks." Based on clips from the performance, it seems that audience members didn't realize it was Kendrick in the flesh until he sprang out on stage.

This performance, played for a live audience in a small venue, came just a day after Kendrick Lamar hosted his own small affair in Brooklyn. It's also the first time "Sidewalks" has been performed live since its release.

Watch more of the performance below.