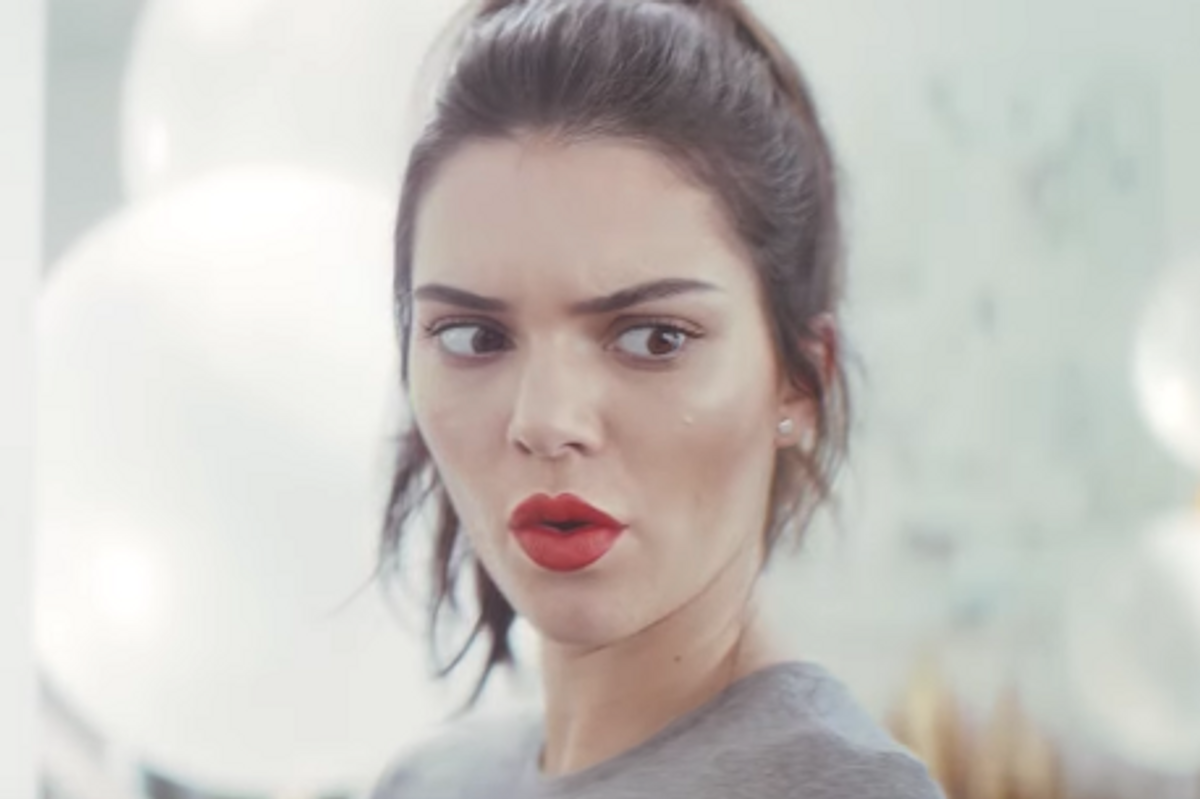 Kendall Jenner's new short film with Estée Lauder 'Wild Love' has arrived and, in a dramatic twist, the ad's concept has nothing to do with love but instead an Ariel-esque steal your voice scenario – but with lipstick. Intriguing.

Jenner shows off her acting chops in the vid, something we always knew she was capable of. She wakes up, presumably hungover given all the solo cups none of her friends will help her clean up, but of course perfectly contoured with a messy-not-too-messy high ponytail (mmm realism, just how I like it). Friend Elle King drops her red lipstick on the way out of Jenner's lush pad and heads to the studio, while Jenner, naturally, applies King's lipstick on herself and consequentially steals her voice. Magical.

Watch the video yourself to see the chaos that ensues firsthand, and prepare for a scintillating climax in which King informs the supermodel she "has enough going on" without taking King's voice too.

Indeed, Kendall Jenner does seem to have a lot going on.