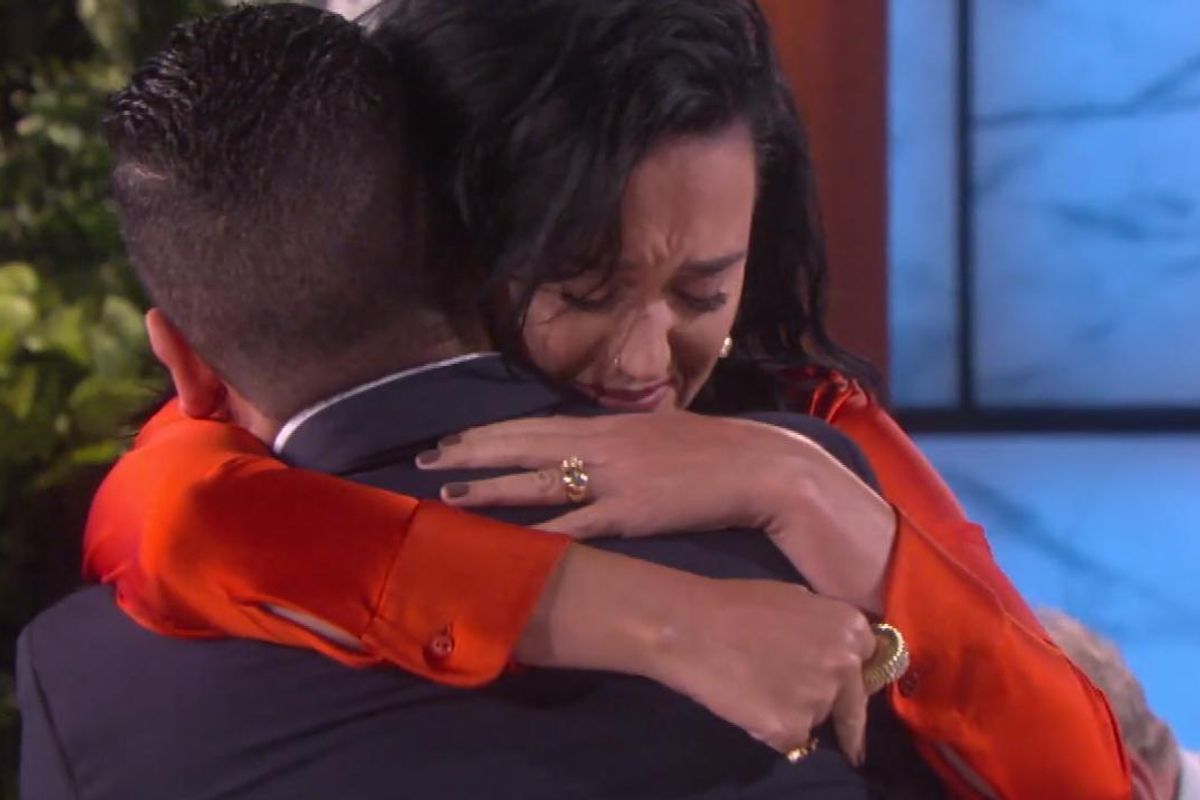 Recently, Ellen DeGeneres sat down with Pulse nightclub shooting survivor Tony Marrero for an emotional episode of her talk show.

Speaking Ellen how much Katy Perry's song "Rise" meant to him while he was in recovery after being shot four times, Marrero said "the lyrics to that song are so powerful. Every word in that song is so powerful. So I embraced it." Ellen then brought Perry out for an extremely moving moment in which both of them began crying.

"I just want to say thank you for everything you do," Marrero told Perry. "Your lyrics to that song helped me from the day I was in the hospital all the way to now. Thank you."

Watch the touching interaction below.