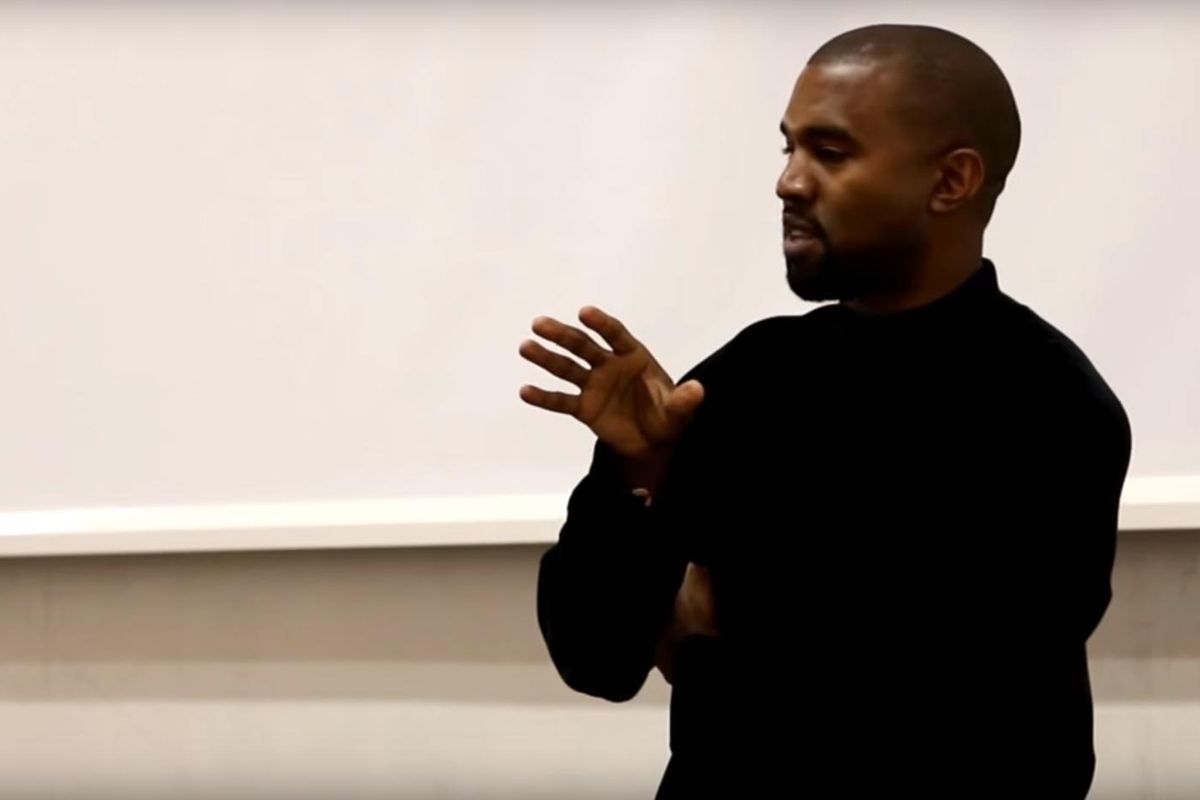 Watch Kanye West Give a Talk about Ending Classism

New father of two and rap/fashion icon, Kanye West gave a talk back in March to the Oxford Guild Society where he discussed his critically acclaimed album Yeezus and announced the follow up So Help Me God (now tentatively titled Swish). Up until now we could only speculate on what West talked about, gathering bits of the presentation from students who attended, but now we need to speculate no longer. The talk mainly centered around aesthetics and a call for the dismantling of class structure and West moves in his typically rambling stream of consciousness from talking about how The Matrix is like a post-information age Bible to name dropping luminaries like Ray Kurzweil and Steve McQueen. He even admits that Nicki Minaj's verse on My Dark Twisted Fantasy "kicked my ass, on my song," and how his own ego is his Achille's Heel. And as Kanye-centric as the lecture is, there are quite a few good points West makes in painting his utopic view for the future. So pull out a pencil and make sure to take notes.