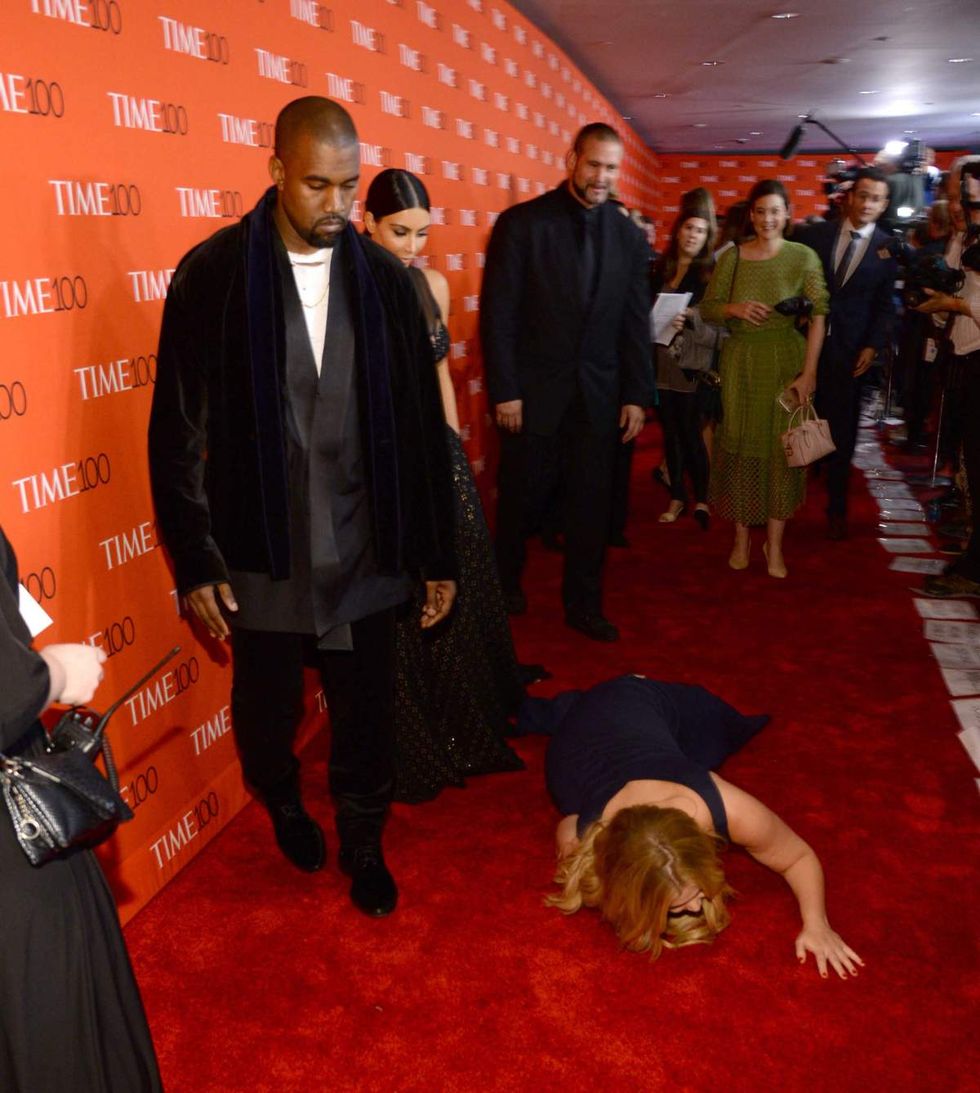 Our current cover star Kanye West performed last night at the TIME 100 party, surrounded on stage by partially-clothed black men covered in chalk and tattered clothing. West, who's also on TIME's cover, performed several songs, including "Gold Digger," "New Slaves," "Black Skinhead" and "Only One," a clip from which is above.

Earlier in the night, BAMF Supreme Amy Schumer found herself next to Kimye on the red carpet and threw herself on the ground in front of them. Schumer told TIME, "I saw them and said to my publicist, 'Can I pretend to fall?' and she said, 'I can't stop you."

Kanye just glanced at her and kept walking. But, hey, it looks like Kim's bodyguard thought it was funny! And he seems like a tough crowd.

Here's a video of the stunt below. As well as more clips from Kanye's performance.