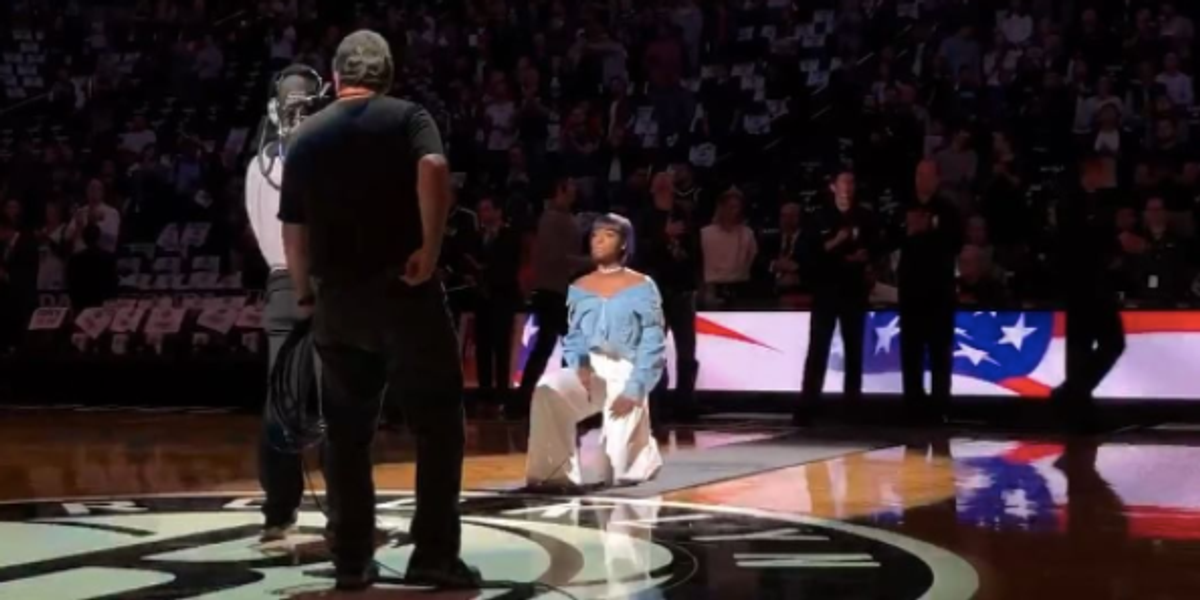 The Nets asked Brooklyn native Justine Skye to perform the National Anthem at their home opener at the Barclays Center in Brooklyn last night, and she used the opportunity to take a stance - and a knee - at the end of the song.

The move was a surprise to both spectators and Nets management, and was met with a mixed reaction of cheers and boos. She posted a video on Instagram of the moment, writing, "Got a bit shaky at the end...was pretty uneasy about singing the anthem and probably won't ever be invited to sing it again but I had to take a knee for the opening game in my city and let my voice be heard. We will not be silenced."

Skye is the latest to join the many athletes (and some performers) who are kneeling during the National Anthem to protest police brutality against Americans of color. The movement was first started by former 49ers quarterback Colin Kaepernick.