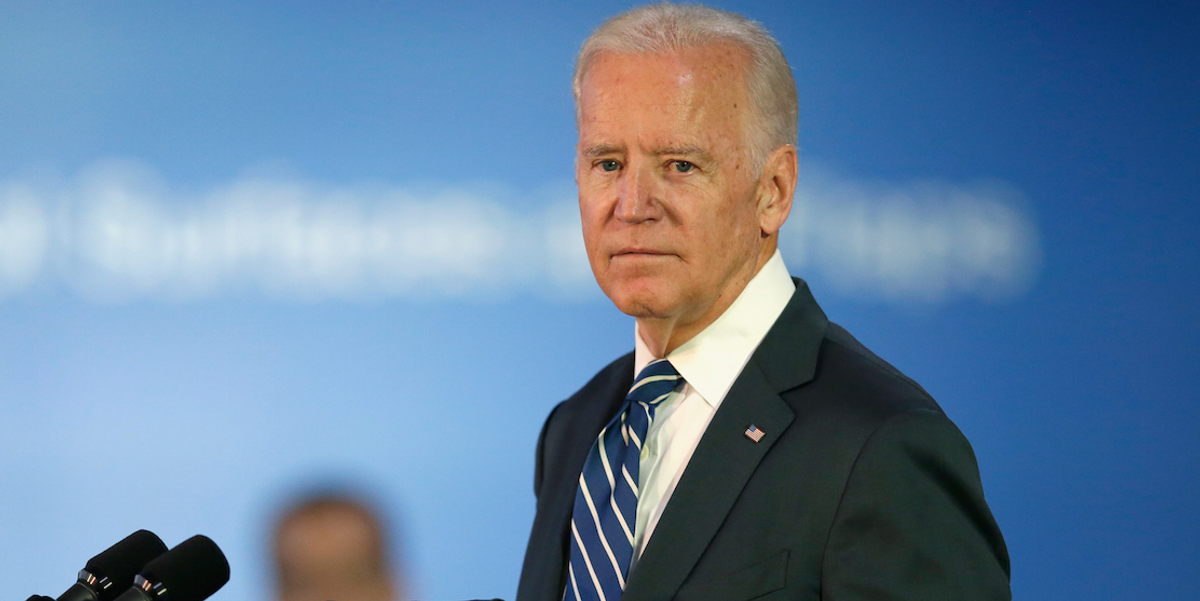 Joe Biden, America's grandpa, former vice president and number one supporter of the White House's "It's On Us" campaign is doing the rounds trying to reduce young men's apparent penchant for sexual assault, especially on college campuses.

Big daddy Biden hit George Mason University last night and seemed all-round pretty done with the idea of misunderstanding what constitutes consult. In fact, he got pretty heated about it, as he should.

Even when the crowd tried to cheer, Biden was not having a bar. Given our current political situation, specifically, the giant regurgitated cheto occupying the White House who has been accused of sexual harassment multiple times, Joe is right to come in hot.

"I really mean this," he added. "We've got to talk about this. Consent requires affirmative consent. And if you're too drunk to be able to consent, it is not consent."

"You've got to speak up," he said. "You cannot let that kind of talk be bred on the college campus. You've got to do what I've done, what my father taught me. Turn and say, 'You're a horse's tail.' Only a little more graphic."

Take me into the Biden clan and make me a nice roast dinner, Joe. Maybe with some apple pie. That'd be nice.

[h/t The Cut]
Image via The Cut