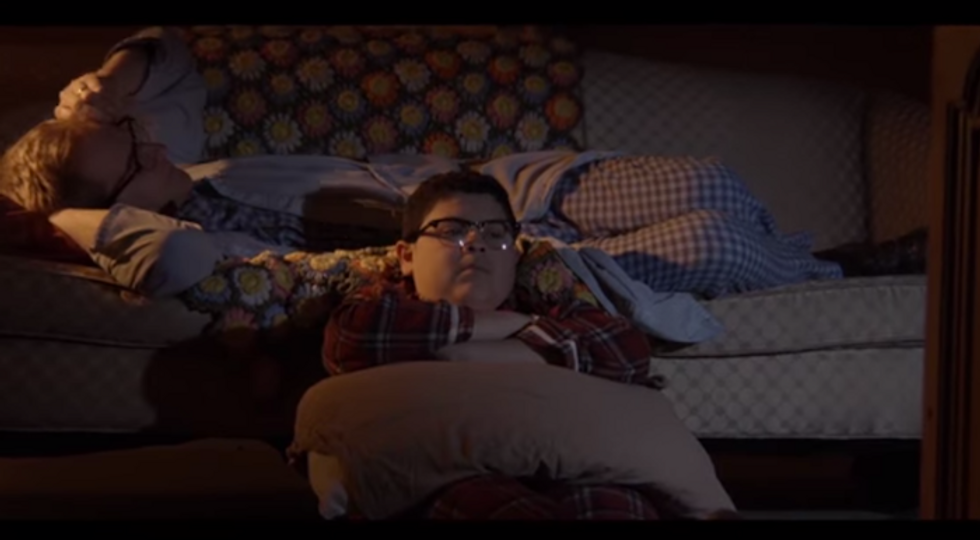 By Sandra Song
PAPERMAG
James Franco, he of the forever-scroll LinkedIn page, has just produced a short film called "Guests," starring Modern Family's Rico Rodriguez.
"Guests" is a nostalgia-laden, 1970s New Mexico-set story about a boy (played by the astoundingly sober Rodriguez) based off of a series of vignettes by Robert Boswell. Directed by rising talent Mark Columbus, it's a faded, sierra-tinged, strangely-touching chronicle of a young boy simultaneously fighting against two unstoppable, external forces -- namely a brutal school bully and his father's cancer.
Watch the film below.
[h/t Dazed]