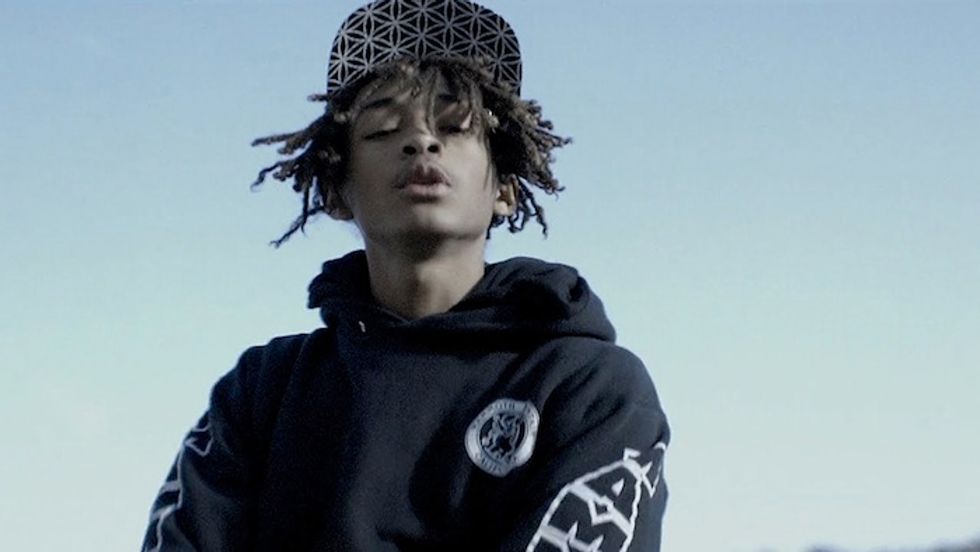 By Sandra Song
PAPERMAG
"Who do I trust? Me!" An attitude that fits perfectly with the vibe of Jaden Smith's beautifully-styled, paranoia-filled clip for the aptly-named "Scarface," shot by friend/former Hannah Montana star Moises Arias.
Lyrically-speaking, it's surprisingly...straightforward, though we ain't hating -- as the mystical spook vibes and flickering filters lend plenty of enigmatic, philosophical imagery for our imagination to feed on. It's interesting though to see what Jaden does as a rapper, as the initial takeaway is that he loves stretching his spit, which seems to be the haute du jour in contemporary rap Ã  la Drake and Thugger. However, in true non-conformist fashion, he adds a drawn-out siren to a brooding, minimalistic beat to give it all a neuroses-imbued life of its own. A laudable first look at his musical chops, no lies, I'm literally on the edge of my seat waiting for more.
[h/t MTV]