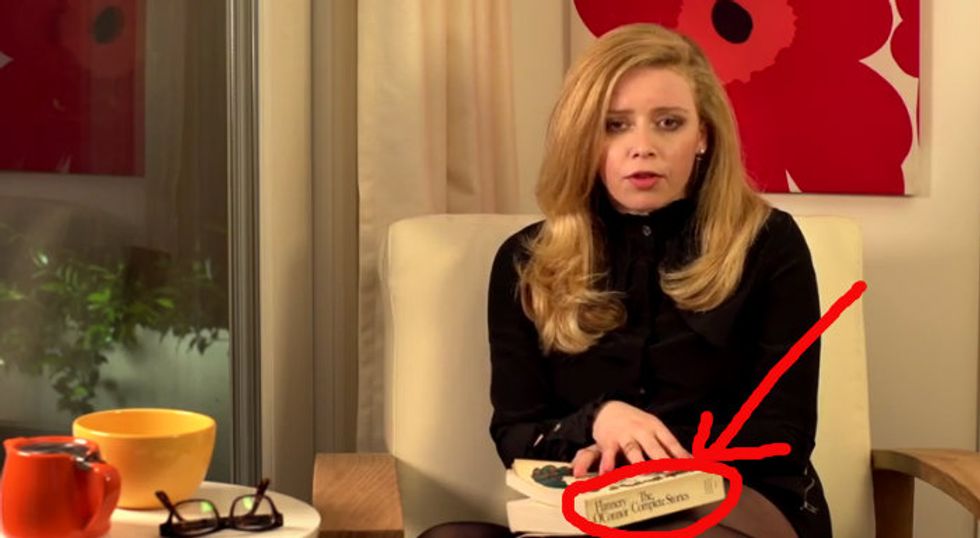 by Eric Thurm
PAPERMAG
There is a long history of celebrities helping politicians shill -- and explain -- their positions and particular causes. Some of these are powerful, allowing for the distillation of complex issues into simple, striking terms, like this PSA speaking to men about their role in facilitating rape culture. Other times, they are just inexplicable and weird -- like this video of Oscar Isaac, Jack Black, Natasha Lyonne, and Morgan Freeman arguing in favor of making a deal with Iran.

So... call your representative... because maybe nuclear war with Iran will happen, even though it's also really unlikely... because a bunch of celebrities and then also the Queen of Jordan and Ambassador Thomas Pickering and Valerie Plame snuck in and actually explained some of the policy concerns involved? Global Zero, a social movement looking to get rid of the world's nuclear weapons, certainly seems like a good enough (and sufficiently unobjectionable) cause for its celebrity backers, which also includes Matt Damon -- but who had the idea for this ad? Why did they get these particular celebrities? Why does the official press release play something so weird with such a straight face? And why does it look like it was made by Funny or Die?

Honestly, those are all legitimate questions, but they don't even touch on the weirdest thing about this video -- Natasha Lyonne casually reading the collected stories of Flannery O'Connor.

Are we being trolled?

[via The Hollywood Reporter]