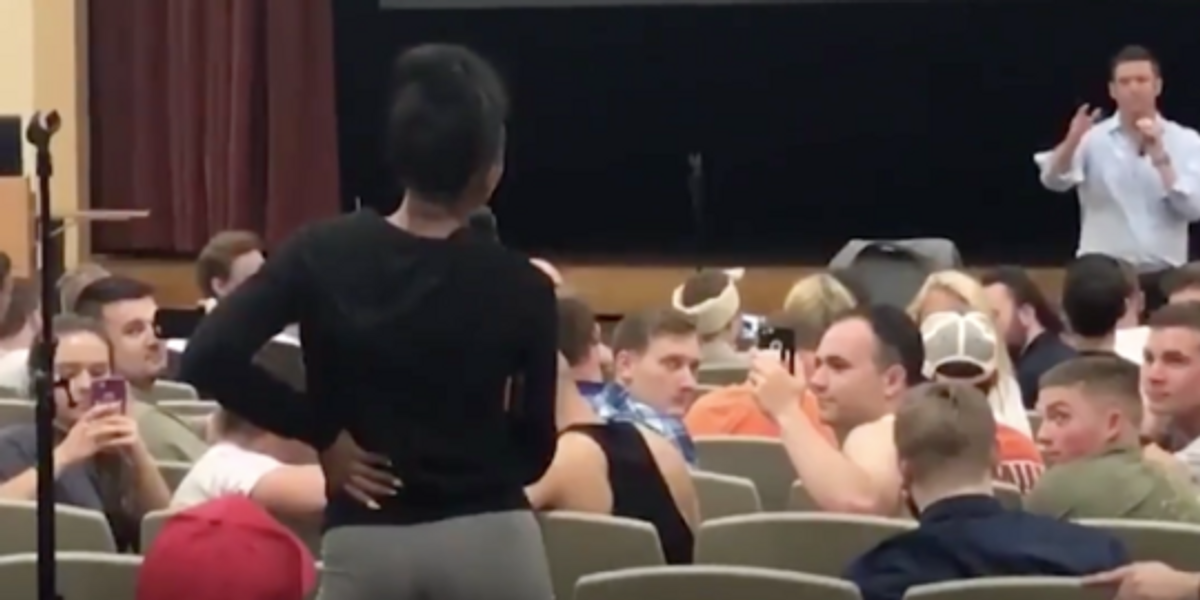 "How did it feel when you got punched in the face?"

White nationalist spokesman and male fragility expert, Richard Spencer, gave a little speech at Alabama's Auburn University this Tuesday. Spencer, famous for his hideous neo-nazi rhetoric and his devotion to the J.Crew outlet's irregular suit bin, was granted the right to speak at a rented conference room on campus after a federal judge reversed Auburn's cancellation of the event on First Amendment grounds. There were some peaceful protests and some light skirmishes between the anti-Spencer and alt-right protestors on campus, but the game ball of the evening definitely goes to a young Auburn University student who set. it. off. at the event's Q&A.

The woman asked Spencer point blank, "How are white people more racially oppressed than black people? Because I'm a black woman at a predominately white institution and I want to know what challenges y'all face that I don't." Amidst mixed cheering and attempts to shout her down, somebody in the audience can be heard yelling, "affirmative action." Undaunted, she took a minute to shut down her hecklers before continuing to part two of her question for Spencer: "How did it feel when you got punched in the face at the inauguration?" The crowd burst into cheers and applause.

Watch her magic below, and then go ahead and revisit the wonder that is Richard Spencer getting punched set to "Father, Stretch My Hands pt. 1"