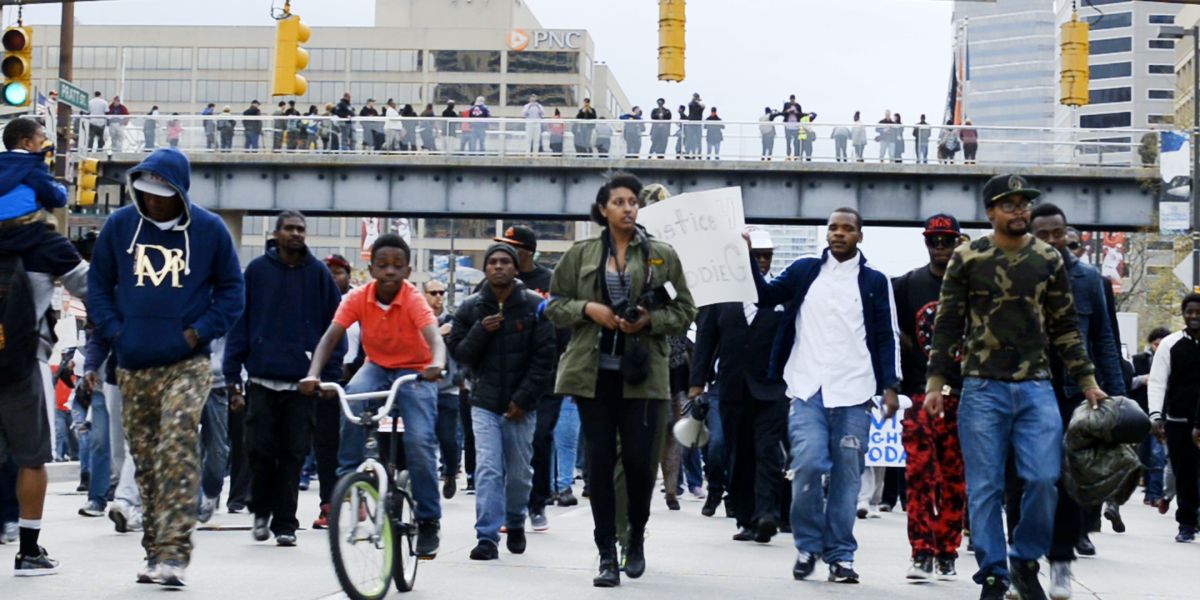 The latest must-watch offering from HBO features no dragons or long winters, but the all-too-real story of a city grappling with the intersection of race, policing, safety, and change. The documentary Baltimore Rising, directed by Sonja Sohn (who acted on that other Baltimorean cultural artifact, The Wire), dives deep into the stories of activists, police officers, and the city's citizens, examining their struggle to make Baltimore a place where all of its citizens feel protected and heard. The documentary airs at 8pm tonight on HBO. Starting tomorrow, HBO will make Baltimore Rising freely available for a month for viewers to stream on their website or at HBO YouTube.

Sohn brought her lens to Baltimore following the death of Freddie Gray, whose profound injuries inflicted during a ride to the police station sparked protests -- and riots -- in the city. Baltimore Rising follows the prosecution of the officers transporting Gray and the reaction of their colleagues, as well as activists around the city of all ages who struggle with the frustratingly slow pace of change.

"Upon my return to the city after the Freddie Gray incident, I kept hearing city residents speaking over and over again about the need to "'reframe Baltimore's narrative,'" Sohn noted in a statement about the film. "There was a desire to give voice to a different community narrative - not one of oppression, resistance and resilience, but a narrative that revolves around the existence of community power and a history of making change that occurs in Baltimore in spite of the history of neglect underserved communities have felt throughout the years." The actor-turned-director's connections to the city are deep--she played Detective Kima Greggs in The Wire, and after it ended, Sohn continued to work in the city as a philanthropist, launching nonprofit ReWired for Change.