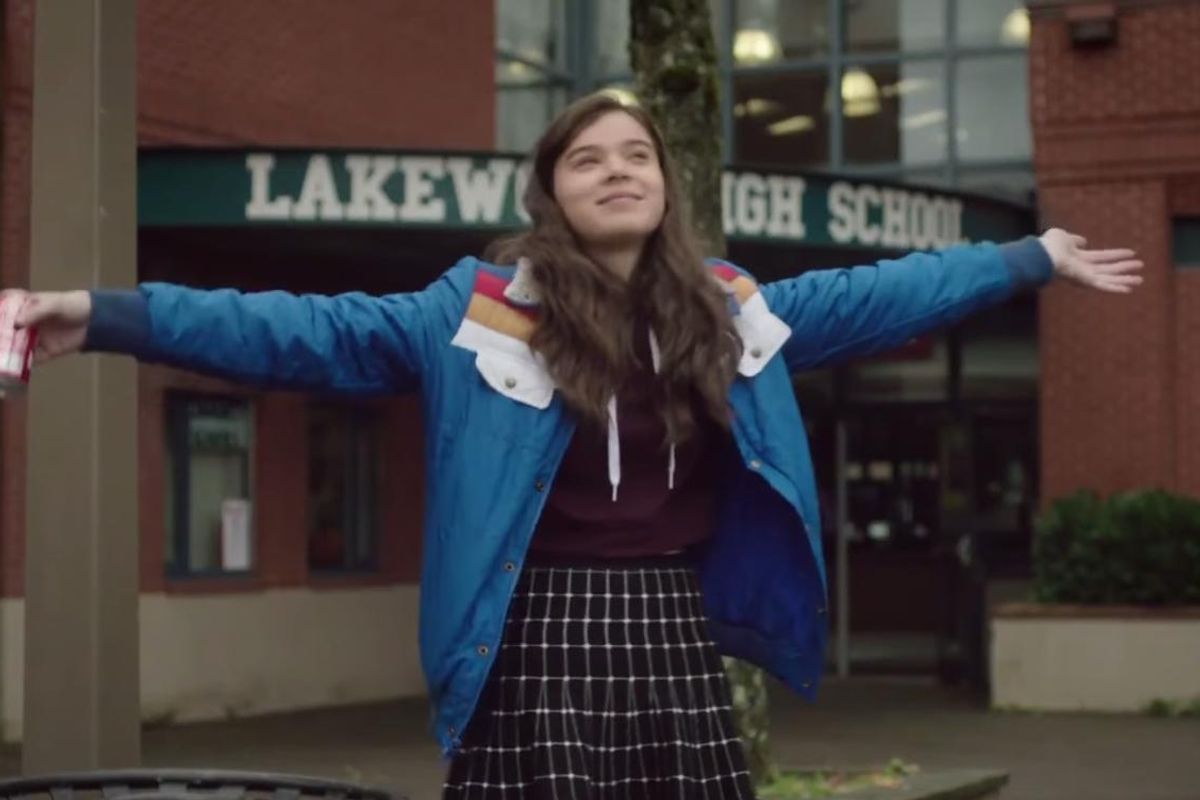 When you think of Hailee Steinfeld, the first image that pops into mind is as a chipper pop princess in Pitch Perfect. That image that is emphasized by her equally pop musical style (as heard on her body positivity anthem "Love Myself") and status as a card-carrying member of Taylor Swift's squad.


Steinfeld's going to be upending that image a little bit in her upcoming film. The Edge of Seventeen, which takes its title from the famous Stevie Nicks song, is about a wistful girl all caught up in the feelings that come with being seventeen. Steinfeld plays Nadine Byrd, for whom, after her best friend and brother start dating, chaos ensues, launching her into full-blown awkwardness and angst.

Anyhow, the movie looks edgy and like it could be good. At the very least, Woody Harrelson and Kyra Sedgwick are on hand to crack wise. Could it be the next Juno? Let's just hope all the good jokes weren't crammed into the trailer. Check it out below.