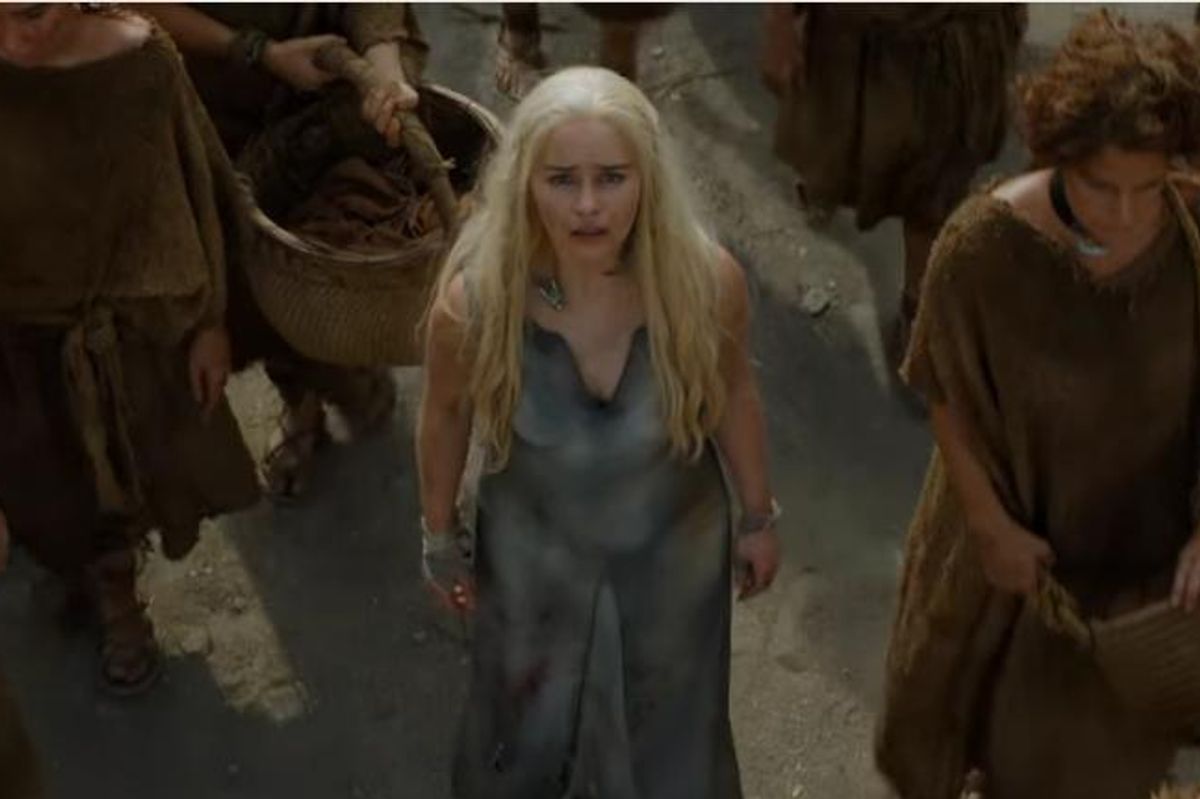 Watch the Season Six Trailer for Game of Thrones

No, really, is Jon Snow dead?

Spring is in the air, but HBO wants to remind you that, on April 24th, Winter Is Coming. Yes, the return of Game of Thrones is on the horizon, and today's trailer for season six will reignite all those Jon Snow truther theories that have lain dormant since last year.

Soundtracked to a cover of Chris Isaak's "Wicked Game" (groan), the under-two-minute clip gives snippets of everyone's favorite characters. Cersei rocks a pixie cut and gets her groove back. Goth Sansa is still goth. Danaerys appears to have lost her dragon again (girl, there's gotta be an app for that). And, naturally, because this is Game of Thrones, there's plenty of killing and stabbing.

But let's be honest, there's only one question anyone wants an answer to: Is Jon Snow, the Sexiest Moper in All of Westeros, actually dead?