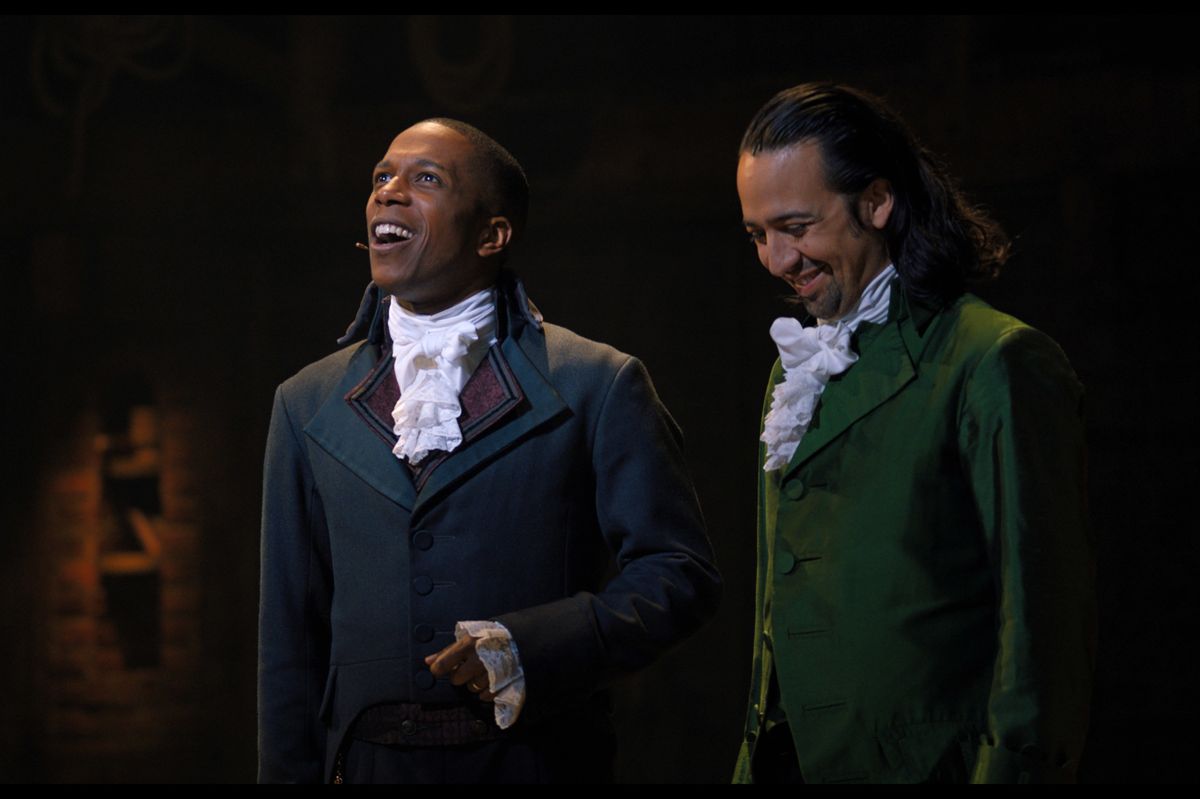 The First Trailer for 'Hamilton' Is Finally Here

Although it's been a little over half a decade since the premiere of Hamilton live on stage in New York City, the Lin-Manuel Miranda musical is finally getting its film debut exclusively on Disney's new streaming platform, Disney+. Hamilfans, time to scream.

Filmed back in June 2016 at the Richard Rodgers Theatre, the production of the live musical will feature the original principal cast members, including Lin-Manuel Miranda in the role of Alexander Hamilton. The trailer, which premiered today announcing the movie's wide release for Disney+ on July 3, 2020, showcases several highlights of the show, from the combat-like choreography and staging to its stars' most theatric solos.

The 2020 recording of the beloved Broadway show — which originally took home 11 Tony Awards in 2016 — has become one of the most coveted pieces of theater history by fans of the show over the years, consistently being teased by the cast and creatives involved. While fans are no doubt excited about the prospect of finally seeing an intricately-filmed version of the musical, Disney securing the rights to the show has some fans concerned as to whether or not the company will censor the song lyrics to fit its PG-13 rating on the Disney+ platform.

Despite the calls from many fans to preserve the intent of the material Miranda staged back in 2015, Disney has yet to comment on the actual contents of the recording. Instead, along with the drop of the trailer, the official Disney+ Twitter account wrote, "We are proud to share #Hamilton; a work that has sparked passion, conversation and the need to confront the past to shape the future."

Photo courtesy of Disney Plus