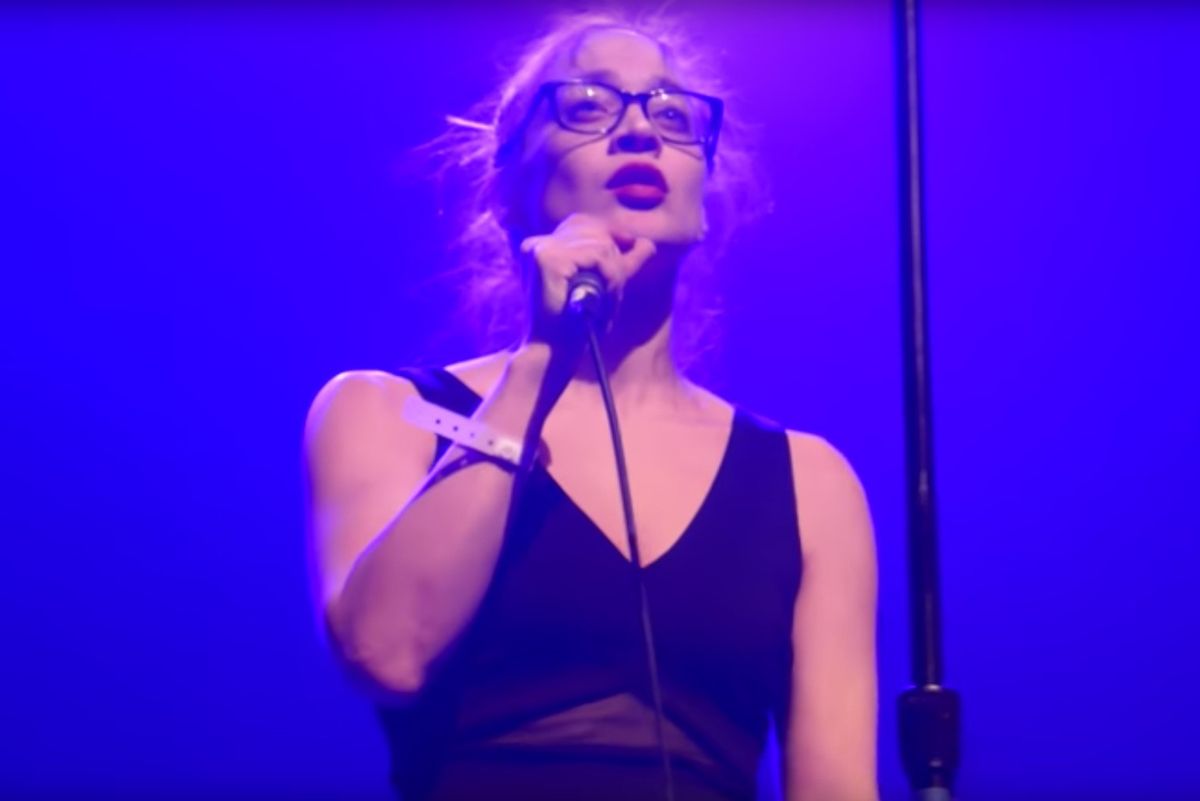 At a "We Stand With Standing Rock" benefit concert in Los Angeles last night, the ultimate elusive chanteuse, Fiona Apple, took to the stage to regale us/terrify us with a rendition of her anti-Trump parody of The Christmas Song. Her song, which begins with "Trump's Nuts Roasting On An Open Fire," paints an unsettlingly vivid picture of Trump's America, addressing his racism, misogyny and the rising tide of fascism before concluding with "Donald Trump, Fuck You."

The full lyrics are below, if you want to sing along as you nervously shred things with your hands....

"Trump's nuts roasting on an open fire
as he keeps nipping at his foes.
you'll cry creepy uncle
every time he arrives
for he keeps clawing at your clothes
everybody knows some money and entitlement
can help to make the season white
mothers of color with their kids out of sight
will find it hard to sleep at night.

They know that truuump is on his way.
he's got black boys in hoodies locked up on his sleigh
and every working man is going to cry
when they learn that Letch don't care how you live or if you die