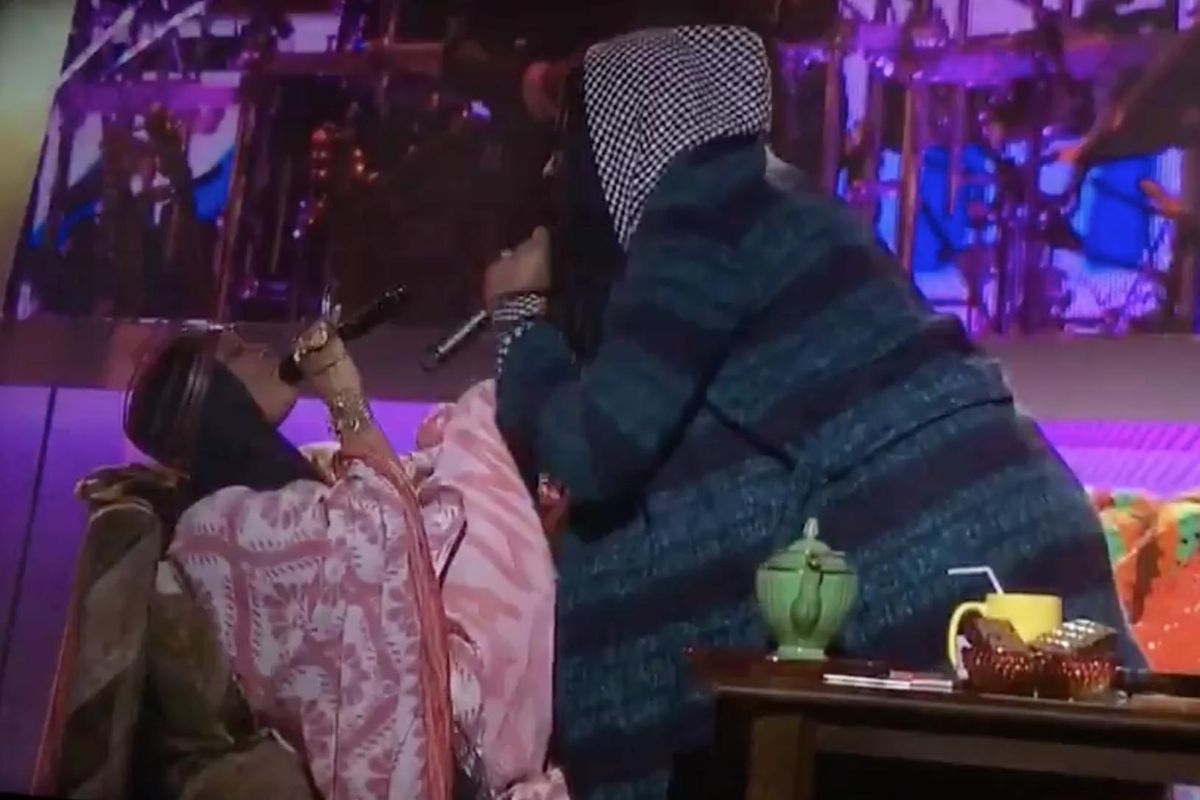 Stop Everything And Watch This Insane Erykah Badu And D.R.A.M. Duet From The Soul Train Awards

Gilmore Girls, Shmilmore Schmirls – last night's Soul Train Awards was *the* thing to watch this weekend while covertly eating your weight in cold mashed potatoes. Beyoncé predictably won big for Lemonade, Brandy absolutely slayed with a medley of her hits (even Ma$e turned up!), freakin' Dru Hill and Sisqo performed, and oh my god, we need to talk about Erykah Badu and D.R.A.M.!

The two of them performed their duet "Wifi," a silky baby-making jam off D.R.A.M.'s new album about making a real connection, which they belted while sipping mugs and crawling all over each other on an immaculate '70s living room sofa. Major shout out to the production designer for that crocheted afghan and those lava lamps. It was incredible, and by the time Erykah whips off her Holy Mountain hat and flings herself backwards on the sofa, your spirit will leave your body.

The two have announced that a joint E.P. is in the works – we're gonna need a bigger YEEEESSSSSS.